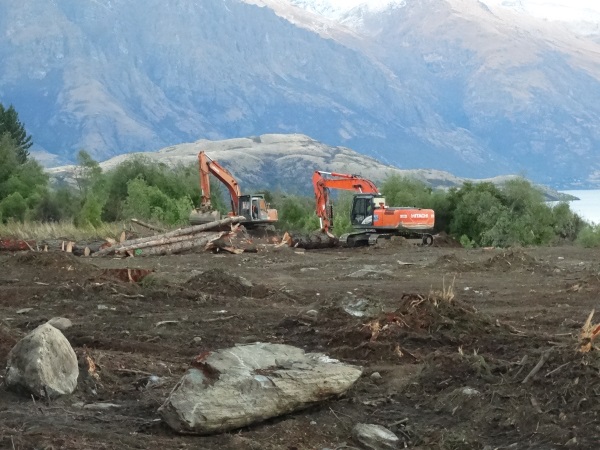 For the past five weeks, a City Hall forestry contractor’s been clear-felling the pines from a vast area along the Queenstown park’s western side.

“The pines are probably only 60 years old, but with the way they’ve grown up without being thinned, they’re now quite vulnerable.

“That brings in the whole issue of health and safety, which is a major concern to the council as the landowner, but also to the community, as the people who walk their dogs through that area regularly.”

Another stand of trees on the other side of the Jack’s Point Trail’s now being assessed, and due to their “age and form”, at least some will be removed.

It envisaged the selective, phased clearing of trees to make way for new features along with limited replanting.

“In an ideal world, you wouldn’t have removed all the trees in one go; it would’ve been done in a phased period in order to retain some shelter belt function, but unfortunately we’re not in an ideal world.”

As a result, the KPCA’s talking to City Hall about an accelerated replanting programme starting in the cleared areas this spring.

The first stage will focus on the replanting of the cleared areas, the second will beautify the entrance and road leading into the park, while the final stage will enhance the area around the Jean Malpas Community Nursery.

The plan includes planting of native and exotic species, improved parking and fencing, creation of earth mounds for wind shelter, a wildflower meadow, and new picnic and playground areas.

Residents are keen for lots of “family-oriented” features, like a flying fox next to the Wakatipu Croquet Club that’s close to completion.

Mayhew’s keen to see a final plan approved in the coming months, which will then trigger a big fundraising effort.

“It’s such a lovely area, with a lot of space, and you could see something quite special being developed over time.” 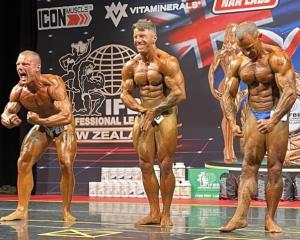 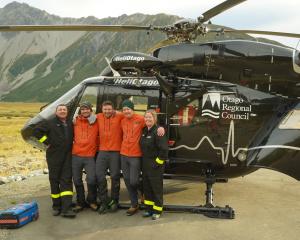