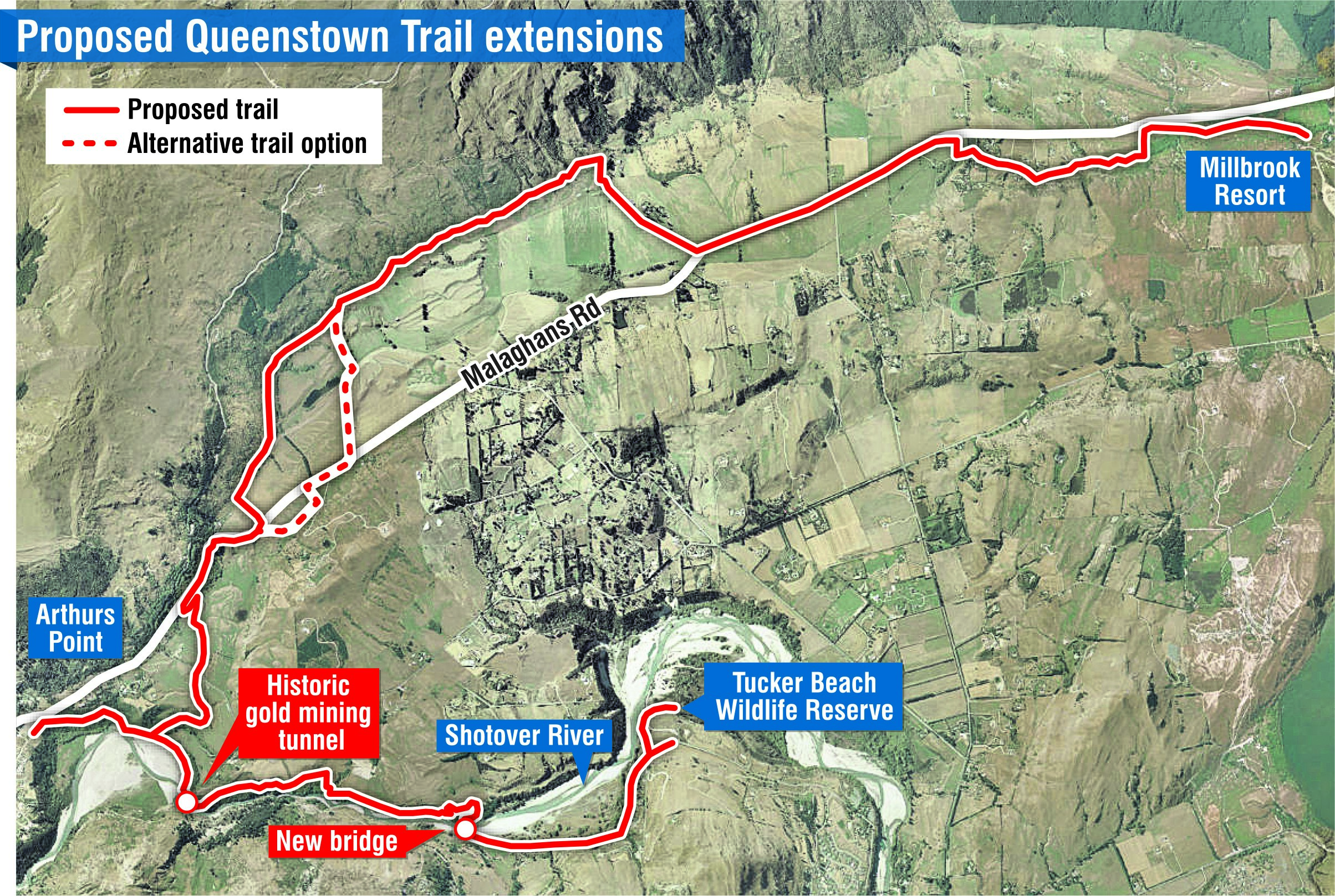 The Department of Conservation is proposing a work-around to rigid legislation that has required it to oppose major cycling trail extensions in the Queenstown Lakes district.

The Queenstown Trails Trust (QTT) has proposed an extension of its network from Arrowtown to Arthurs Point and Tucker Beach, while the Central Otago Queenstown Trail Network Trust is planning a trail through the Kawarau Gorge from Gibbston to Cromwell.

However, Doc has opposed resource consents for both projects because its current Otago conservation management strategy (CMS) does not allow cycling on some of the conservation land the trails would cross.

However, it has proposed a "partial review" which would allow those trails, and others, to be built.

"It’s just unfortunate they’re bound by quite a rigid legislative framework, and it’s not allowing them to be very flexible".

But he understood it needed to protect conservation values, and was delighted by the partial review step.

"It’s a shame [the trail extension] can’t progress soon, but at least we’re going through the partial review process.

"Because if we weren’t having this, well, forget doing these trails for the next 10 years."

Doc Queenstown senior ranger Susie Geh said many of the recently proposed trails went through land parcels not listed in the current CMS, which was not up for review until 2026.

"Given the high public interest in new bike trails across Otago, the department decided last year to undertake a partial review of the CMS now, for this particular activity," Ms Geh said.

The draft review was "supportive of many new locations for bike trails, including a number in the Wakatipu".

The public had already been asked to comment, and hearings would start soon.