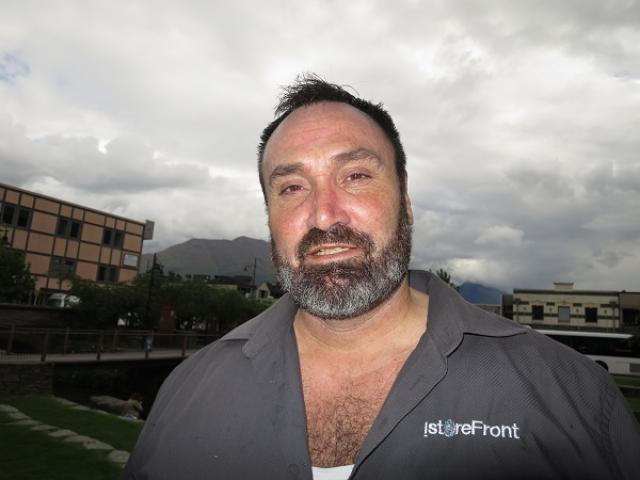 Infamous bouncer Jonathan Dixon is launching a campaign to turn around what he claims are Queenstown’s shocking crime stats.

In figures disputed by police, he says “you are five times more likely to be bashed unconscious here than anywhere else in NZ, and sexual assault has quadrupled in the past four years”.

Dixon believes he can halve those stats within 18 months through what he claims is a world-first, community-led Queenstown Violence Free Bars campaign.

He’ll be in town next week enlisting local bar owners to join a closed Facebook group.

Using evidence collated by bouncers following incidents in their bars, members will vote on whether to trespass offenders from all their bars.

‘Trespassed’ individuals will be posted on a public online site.

Members of the public will be encouraged to dob them in to bouncers or other bar staff if they see them in local bars – “we can reward them with a $50 bar tab”.

Dixon, who’s the NZ representative of an organisation, Bouncers Around the World (aka B.R.A.W.L), says those names will also be handed on to police.

“I’m going to make Queenstown the safest tourist destination in the world,” he says, boldly.

Once the local campaign’s up and running, he intends rolling it out elsewhere in NZ, and overseas.

The rate of sexual assault last year was “significantly lower” than the year before, and the number of assaults in a public place are decreasing over time, he notes, adding this information’s on the police data website, policedata.nz.

“Prevention First is the national operating model for NZ police aiming to prevent crime before it happens.

“Queenstown police already work closely with licensed premises and other groups to ensure patrons are kept safe, and any incidents are reported to us so appropriate action can be taken.”

Dixon’s appealing for funding for his campaign through a Givealittle page, queenstown-violence-free-bars.