Te Rūnanga o Ngāi Tahu is pioneering a zero-carbon future, heralded this morning by the launch of the world’s first electric jetboat designed solely for tourism.

The iwi has unveiled an 88-point climate change and environmental action plan which takes steps to address greenhouse gas emissions, renewable energy, and resource use, alongside a prototype for a fully electric Shotover Jet boat.

While Ngāi Tahu kaiwhakahaere Lisa Tumahai said the iwi don’t yet have all the answers to managing climate change, the size and influence of Ngāi Tahu meant they have the capacity to innovate.

"This jetboat prototype is an exciting expression of what that innovation can achieve."

Despite the commercialisation of the prototype being several years away, the jetboat, which runs on rechargeable electric batteries rather than fossil fuels, will make the Shotover experience both quieter and more environmentally-friendly.

Ngāi Tahu Tourism general manager Jolanda Cave said the aim was to make all of its operations carbon neutral by 2050. 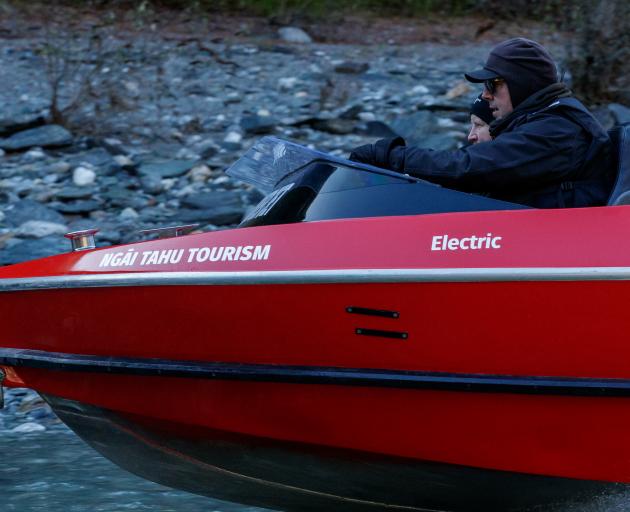 "We all have a role to play in ensuring our world is healthier for future generations and while there is a long road to travel, the electrification of our jetboat fleet is an incredible step."

The 88-point action plan, known as Te Kounga Paparangi, has set 2030/35 targets which include reducing water and synthetic fertiliser use in Ngāi Tahu Farming sites, establishing rangatiratanga (sovereignty) over freshwater,  instituting ecosystem enhancement plans at all new developments, and rolling out 100% biodegradable/recyclable packaging on all its consumer products.

Ms Tumahai said it was "abundantly clear" the effects of climate change were having a profound impact on Ngāi Tahu interests and activities and adaptation was necessary to "thrive in this brave new world".

"We are taking a Te Ao Māori approach, we recognise all of these environmental concerns are interconnected and we need to deal with them all at once."

She said a vital element of the action plan was protecting whānau by powering marae with solar energy to make them more self-sufficient, as well as identifying jobs in the green economy.