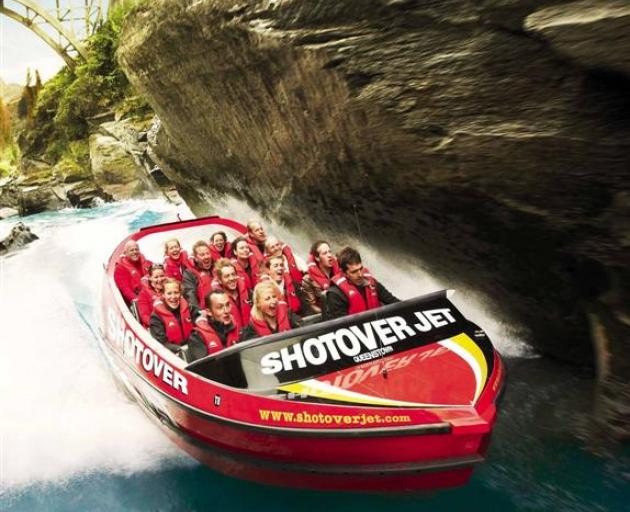 The Shotover Jet is to return on July 3. Photo: Supplied
Shotover Jet will once again be operational when Ngai Tahu Tourism restarts next month.

It axed 309 jobs across New Zealand when it mothballed 10 tourism operations, but retained some staff at both Shotover Jet and Hukafalls Jet.

The latter, in Taupo, is to restart tomorrow, while Shotover Jet is to return on July 3.

The boats are intended to operate between Fridays and Mondays.

Mr Pohio said the lighter schedule, proposed because of the absence of an international market, and limited passengers per boat for social distancing purposes, meant fewer staff were now needed.

Ngai Tahu kaiwhakahaere Lisa Tumahai said the restart underlined a commitment to tourism in the resort.

The news was welcomed by Queenstown Lakes Mayor Jim Boult, a former managing director of Shotover Jet, who said he was "delighted".

Both attractions were to run opening discounts to encourage visitors.

That was one of the good consequences of the lockdown.... Alas, the pollution of noise and mindless damage to water life will come back. Mankind had a chance but greed prevailed.