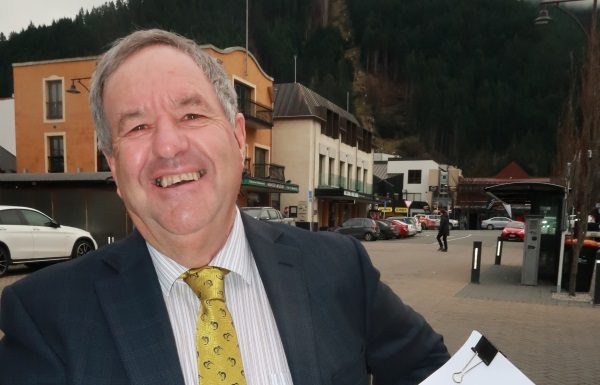 Basil Walker. File photo
An independent candidate in the Invercargill electorate in last year’s general election has been convicted for failing to file an expenses and donations return.

Basil Walker (69), bricklayer, of Queenstown, had earlier admitted failing to file his return with the Electoral Commission between October 17 last year and February 17.

He had since filed the return.

At an earlier court appearance, Walker was offered a discharge without conviction, dependent on him completing 40 hours’ community work.

The Queenstown District Court heard yesterday that Walker — representing himself — had yet to complete any hours.

Walker told Judge Michelle Duggan he had taken out an advertisement in the Otago Daily Times on Saturday, in relation to the Three Water reforms, which cost about $700.

He described that as a "gesture in lieu of [the] 40 hours I wasn’t able to do", citing his age and loss of income as reasons why he was unable to complete community work.

However, the judge pointed out, "that wasn’t the deal that was struck" and likened it to her arranging to sell a Porsche and then coming up "with a dunger that doesn’t even have a Wof".

The summary of facts said under the Electoral Act 1993, all candidates are required to file a return of election expenses and donations — even if that is a nil return — within 70 working days after election day — the deadline was February 17.

The commission emailed Walker on December 5 and February 18 advising him of the requirement, and an official followed up by phone on March 3.

According to the summary, Walker "became abusive" to the official during that call.

On March 5, he emailed the commission to complain about the phone call, "and other matters", but did not submit the return.

The matter was referred to police — when spoken to in June he admitted the offending and said, in explanation, the 2020 election process was "unlawful and untruthful".

Walker campaigned at last year’s election on stopping the closure of the Tiwai Point aluminium smelter.