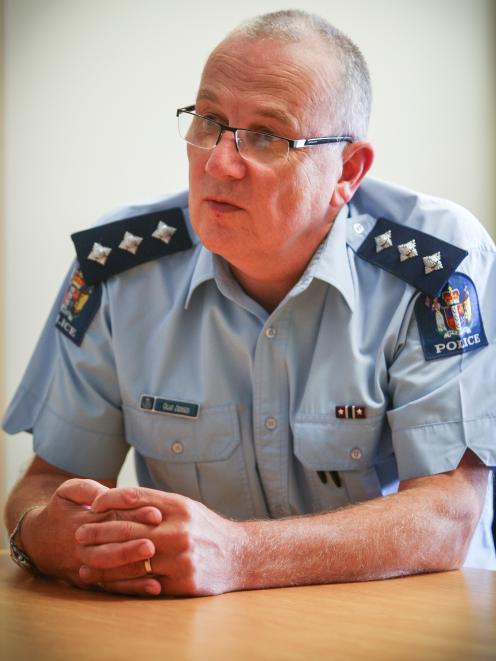 Olaf Jensen
Otago-Lakes police ranks are set to get a significant boost.

Under the Government's policy of increasing police by 1800 staff across the country over four years, 29 new officers will be starting in the area.

"It's a significant boost for Queenstown," he said.

Insp Jensen said the new roles will include staff in the sexual abuse and child protection areas, as well as the resort's first dedicated organised crime unit.

There were also roles in rural liaison and youth aid that would also be deployed in the wider Otago-Lakes area.

The organised crime staff, due to arrive in the 2021-22 year, will focus on gangs and drugs, he said.

It follows a major drug bust last month, which recovered $200,000 worth of methamphetamine and more than $30,000 in cash in urban Queenstown.

At the time, police said they were concerned gangs were bringing an increasing amount of methamphetamine into the area, and there was a growing gang presence.

Insp Jensen said they wanted to focus on dealers "who cause harm in our community".

News of the staffing boost followed concerns raised by an alleged Queenstown sexual assault victim, who said she had been waiting months to be interviewed by police.

Officers trained to interview sexual assault victims are having to travel from either Dunedin or Invercargill to interview victims, after Queenstown's two trained staff stepped down.

The alleged victim said she was traumatised, and would be complaining to the Independent Police Conduct Authority.