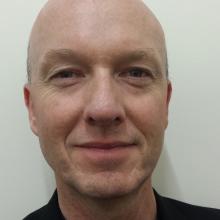 Jon Mitchell.
Almost $250,000 has been allocated to Emergency Management Southland for the creation of a response plan for when the Alpine Fault ruptures.

Jon Mitchell — who announced last Thursday night he would no longer be seeking election as a Queenstown Lakes District councillor due to a job offer which had ‘‘the risk of a perceived conflict of interest with a local councillor role’’ — has been appointed as Project AF8’s project manager.

His role will entail working with scientists and six Civil Defence groups in the South Island to ascertain likely scenarios for a fault rupture and subsequent impacts from other events, for example, tsunamis and landslips.

The funding for the two-year project had been provided by the Ministry of Civil Defence and Emergency Management resilience fund.

By the end of the first year a baseline would be established detailing existing plans and resources within the regions at present, and what would be required to fill any gaps.

Emergency Management Southland group manager Angus McKay said he was delighted to have someone of Mr Mitchell’s calibre join the team.

‘‘Jon was the manager of the Canterbury Regional Emergency Management Office and alternate controller during the earthquakes and has more recently been capability development manager at Massey University’s Joint Centre for Disaster Research,’’ Mr McKay said.

He has also been the Queenstown Lakes District Council’s emergency management officer.

Mr Mitchell will begin his new role on Monday.