No charges yet as investigation into fatal Timaru crash continues 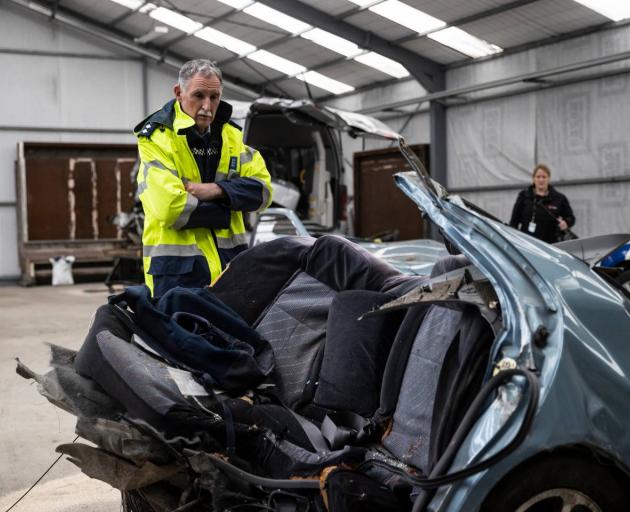 Police say speed and alcohol appear factors in the crash which tore the car in half. Photo: NZ Herald
It was one of the worst fatal car crashes the South Island has ever seen and almost three weeks on police are still piecing together exactly how - and why - it happened.

Timaru teenagers Javarney Wayne Drummond, 15, Niko William Hill, 15, Jack Wallace, 16, Joseff McCarthy, 16 and Andrew Goodger, 15 were all killed when the Nissan Bluebird they were passengers in smashed into a concrete power pole on August 6.

Only the driver, Tyreese Fleming, 19, survived.

He was taken to Timaru Hospital with moderate injuries and discharged less than a week later.

Soon after the crash police said speed and alcohol were likely factors - as well as the car being overloaded and a number of occupants not wearing seatbelts.

One of the teens was found in the car's boot.

The car ripped in half on impact.

No charges have been laid and police are yet to speak to Fleming.

"We are still collecting information as to what occurred," Gaskin said.

He said police would "continue to progress until a decision is reached" on what charges, if any, Fleming would face.

A scene examination was completed after the crash and the car removed for meticulous testing.

Reports will be provided to police by their Serious Crash Unit investigators - who look at everything from the car, road, conditions and driving - and Vehicle Testing New Zealand.

"Once we've got everyone, including witness statements and anything else that we can find to assist, then we'll be looking at interviewing the driver to see if there any possible liability for him," Gaskin told the Herald previously.

"We've got a lot of investigations to do.

"I would expect it to take months rather than weeks."

Funerals for the five boys were held in the week that followed the crash.

It is understood most of the boys' families attended all five services.

Fleming has not responded to repeated requests from the Herald for comment. 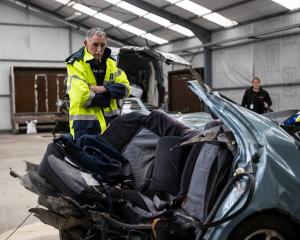