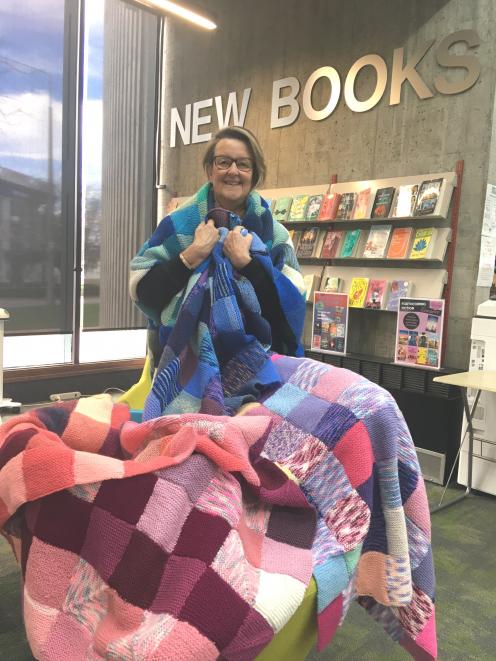 The Timaru District Libraries are attempting a Guinness World Record for the largest blanket fort and have asked people to knit peggy squares (20 stitches by 40 rows) to contribute to the fort.

Passionate crafter Judy Gabites is now sewing thousands of squares into blankets to help the cause.

She said it took 40 to 80 hours to sew a blanket together.

"There’s a mix of sizes; some are knee rugs, one is big enough for a double bed.

"I like to co-ordinate the squares based on colours, like a blue or pink theme, but some are just a mishmash of patterns."

She was given thousands of squares before lockdown and got straight to work.

"I’ll give anything a go.

"We thought this project would take two years, but we’ve had so many donations it may happen a lot sooner.

"We have three or four ladies who’ve knitted most of them, plus four of our staff members and their families have also contributed."

The organisation would host a public event once there was a record-breaking blanket fort, and the blankets would be given to the community afterwards.