A south Island town has been chosen as the site for constructing New Zealand’s new multimillion-dollar Antarctic base.
Antarctica New Zealand announced yesterday the new Scott Base will be constructed at PrimePort in Timaru. 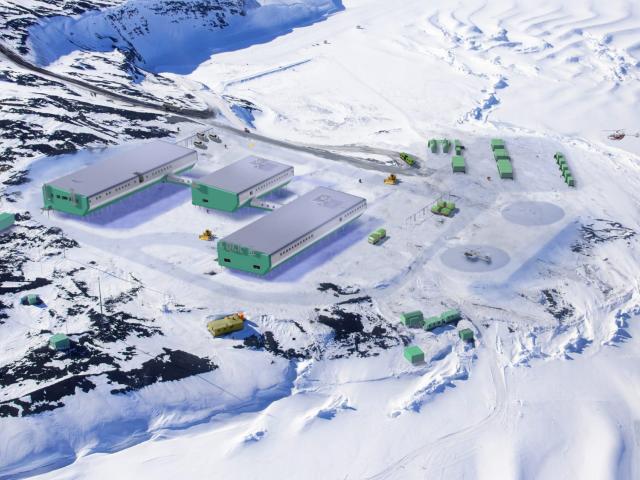 The $344million redevelopment will replace the existing base with three interconnected buildings and upgrade the Ross Island wind farm.
Construction is expected to begin next year once design and planning are completed, and is projected to be finished and transported to the Antarctic by 2030.
The project is expected to generate up to 700 jobs over six years.
Antarctica New Zealand chief executive Sarah Williamson said the decision to work with PrimePort was made after careful deliberation — not least because it had an accessible and available construction site.
‘‘PrimePort has the land available to start construction almost immediately,’’ she said.
‘‘The entire base is being built at the port and will then be shipped south to Antarctica in eight modules on a massive ship.
‘‘Timaru residents will be able to watch the build as it happens.’’
Building the base in New Zealand allowed year-round construction — the Antarctic is in darkness for half of the year — and also meant the buildings could be tested and commissioned before they were shipped south, Ms Williamson said.
Timaru Mayor Nigel Bowen said it was an important project for the city, which was why the council was investing in port infrastructure to support it.
‘‘We have the skills and talent to support this build, it’s a great chance for our community to make a real contribution to Aotearoa’s home in the Ross Sea region.’’
Main contractor Leighs Construction chief executive Gary Walker said it would mean jobs for the region.
‘‘We’ll be recruiting in Timaru for this once-in-a-lifetime opportunity. It’s not every day you get to build an Antarctic research station on your back doorstep.’’
The new base would eventually be on the same site as the current base at Pram Point in the Antarctic, allowing continued support of New Zealand’s Antarctic science for the next 50 years.
Antarctica New Zealand received $344million in Budget 2021 to rebuild Scott Base and upgrade its wind farm, which it said would ensure the new base is powered by up to 97% of renewable energy.
The existing base would be deconstructed and shipped back to New Zealand along with all waste and materials at the completion of the project.