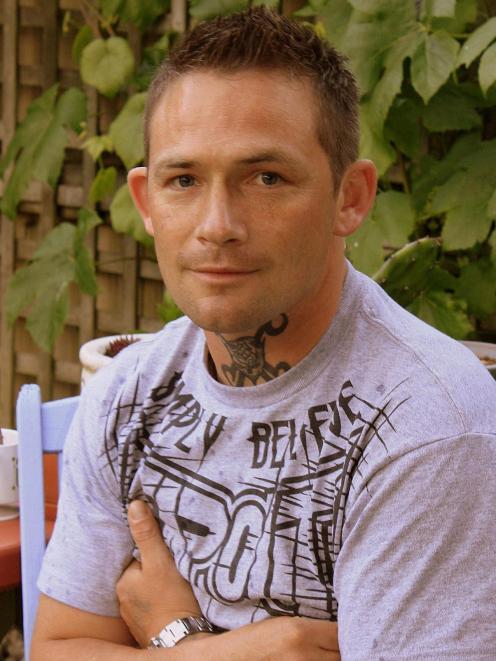 Brent Cleghorn. Photo: supplied
The man who died in a crash near Waihola on Christmas Day was just days away from a fresh start on life.

Dunedin man Brent Cleghorn died after his car and a large truck collided on State Highway 1, about 500m north of the intersection with Titri Rd.

The truck driver was taken to Dunedin Hospital with minor injuries.

Tim Karetai, a friend of Mr Cleghorn for 20 years, said the 39-year-old was making changes to turn his life around.

Mr Cleghorn had lived a rough life and had been arrested multiple times, but was working to escape the culture of crime he had been involved in, Mr Karetai said.

"He was sick of the same old pattern ... he got sick of that way of life."

Mr Cleghorn was born in Dunedin and had lived there for most of his life, but was in the midst of moving away and getting a fresh start away from anything that could drag him back in, Mr Karetai said.

Mr Cleghorn was scheduled to start a new job on January 5 as a meat worker near Balclutha.

He was in a transitional period and it was especially sad for him to die in the middle of it, Mr Karetai said.

He was a great friend who was always there and willing to listen, Mr Karetai said.

"There wasn’t anything he wouldn’t do ... even if he had to take his own cloth off his own back, he’d do that."

The family were shocked and hurting, but Mr Cleghorn’s 19-year-old son was coping with the loss, Mr Karetai said.

"He’s going to be missed by everybody."