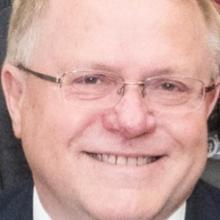 Robin Pollard.
It is too early to say how a review of Lincoln University’s operations will affect South Otago institution Telford’s future, but everything is on the table, and there is concern about how many students are advancing from the Balclutha campus to complete degrees at Lincoln,  the man in charge of the review says.

"The students who are doing certificates may not have any aspiration or need for a bachelor degree and ...  we do respect that, but that was one of the original aspirations [for students] but it has not happened," vice-chancellor Prof Robin Pollard said.

Lincoln University took over the Telford Polytechnic campus in 2010.

Lincoln announced last month it would be undergoing a review of its  business following continued financial losses.

Despite Government requirements, Lincoln has run up $7million in deficits over the past five years.

Prof Pollard said a fresh look at the university’s operations was needed as it was a long-established institution and there were many stakeholders across the South Island.

"Financial viability is definitely one of the things we need to attend to as Lincoln has made operating deficits for some years now."

He confirmed the Telford campus, near Balclutha, was  being reviewed under the possible restructure.

Telford’s future was as unclear as the rest of the university’s campuses, he said.

It was looking at "any number of options" for Telford’s  future.

"The Lincoln Telford is under discussion and our hope is that we can work with others to improve its performance."

Prof Pollard said many people questioned the merger of Lincoln and Telford, labelling it an "interesting decision".

Part of the problem was many of those who studied  agriculture  at Telford did not advance from certificates to tertiary degrees.Lincoln went through a restructuring during 2013 and 2014 and it is understood over 100 staff lost their jobs during the process.