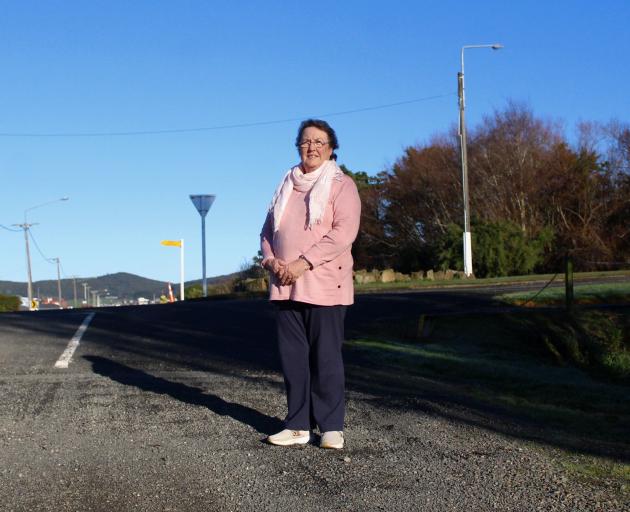 Her small section of Palmerston St, which is still technically part of Riverton’s main street, is potholed in winter and dusty in summer.

In 1992, she wrote her first letter to the Southland District Council asking for the road to be fixed, but no permanent solution was offered.

She has since had to plant trees to catch the dust.

Now a multimillion-dollar shortfall in Southland’s road funding has her wondering if the 30-year struggle for basic upgrades will ever end.

The NZ Transport Agency (NZTA) has earmarked a figure for the council which is about $15million less than what it asked for, and Mrs Boniface said she now felt she would not see any progress in her lifetime.

"My next move is up the hill to the cemetery to be with my husband. 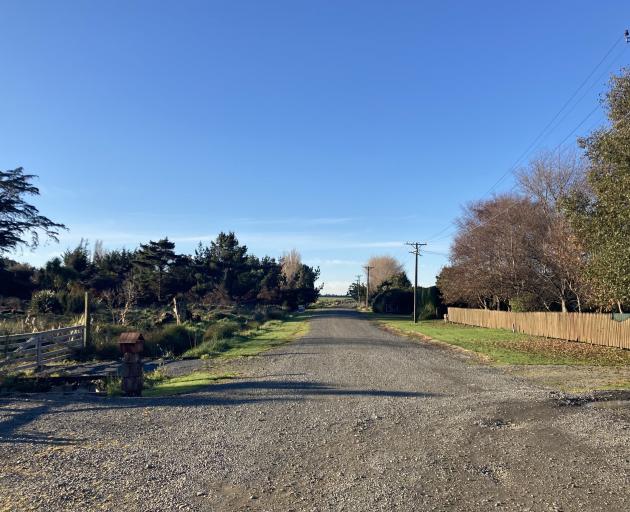 The northern section of Palmerston Rd is dusty in summer and potholed in winter. PHOTO: MATTHEW ROSENBERG
"I’m in my 70s. My neighbour is late 80s. There will come a time when we can no longer drive cars. There’s no footpath [and] we’re not moving anywhere."

Mrs Boniface said she used to push her late husband up the gravel road in his wheelchair, before his death 10 years ago from motor neuron disease.

However, she has not given up fighting for her patch.

Last September, she again wrote to the council pointing out she had paid rates in the area since the late 1960s.

A response came back three months later saying the council did not rate for "active seal extension", leaving her wondering where the portion of her rates titled "roading" ended up. 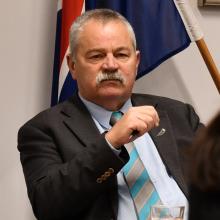 The problem remains — there just is not the money to do anything about it.

Earlier this month, the transport agency said it would allocate the Southland District Council $85million to tackle its roading and bridges programme.

However, that amount is about 15% less than what the council asked for.

Ratepayers will either be hit in the pocket, or projects will continue to be put on the back burner, which is what Mrs Boniface fears.

funding from NZTA, because somebody’s got to pay for this stuff," Mr Tong said.

"It [Mrs Boniface’s street] is a piece of road that services two or three residents. It’s just deemed not to be cost-effective in the past.

"But we’d like to do it — it’s just that the dollars aren’t there."

The transport agency argues it is providing a "significant increase" on the $72.5million it dished out to the Southland District Council for the three years prior to 2021.

With a growing list of road issues across the region, Mr Tong said it was still not enough.

"We’ve never heard such positivity and passion from our residents and ratepayers. It’s the first time ever we’ve been told just to get on and get it done.

"It all comes down to the dirty old dollar. If we haven’t got it, then we can’t do the work.

"Some communities definitely are [desperate]."

Southland is not the only region to be hit. The transport agency has told multiple councils not to expect as much road funding as they are seeking.

The Waitaki District Council is set to spend $43million over the next three years on projects but now finds itself $10million short.

The issue has struck a nerve at central government level, Invercargill MP Penny Simmonds weighing in on what she said was an injustice, considering the transport agency was committing $785million to a new cycling bridge in Auckland.

"The condition of our rural roads and bridges is deteriorating. It’s a major concern for many of our communities," she said.

"I’m so frustrated at the Government’s lack of foresight here. Southland needs good roads to get its agricultural and manufacturing goods to market."

The transport agency said it was not able to fund programmes of work at the full amounts requested, but it was not correct to describe allocations as "cuts" considering many centres were still receiving an increase in funding overall.

The council has about 160 bridges it hopes to replace along with a growing list of roads that need repairing.