A man on trial facing sex charges said his interaction with the five complainants was normal — like that of a grandfather figure, his lawyer says.

The 83-year-old man, who has name suppression, appeared in the Invercargill District Court yesterday, the seventh day of his trial.

The hearing started last week when the man denied all the charges he faced, which were amended by Crown prosecutor Riki Donnelly yesterday.

The charges relate to alleged incidents between 1976 and 2010.

Opening the defence case, Counsel Scott Williamson said the man did not sexually abuse the five complainants in any way.

The defendant’s interactions with the girls were normal from a grandfather figure, and not what the Crown has claimed, Mr Williamson said.

Mr Williamson highlighted the defendant had chosen to give evidence at court despite not being required to.

‘‘This defendant has the right to silence and does not have to call any witnesses ... but the defendant wishes to explain his relationship with the complaints because — quite simply — he has nothing to hide.’’

He said the defendant admitted he had spent time with the complaints when they were younger, due to family connections, but that he denied any inappropriate behaviour. 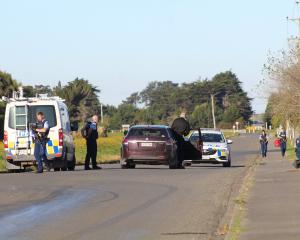