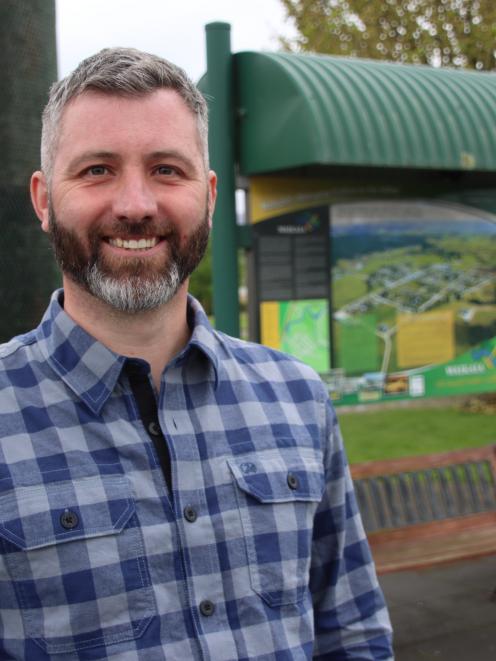 John Jones
Designing a network of mountain bike trails through a forest is a little bit like town planning, a consultant says.

The Waikaia Trails Trust has employed Rideline Consulting founder John Jones, of Christchurch, to develop a master plan for a 25km network of trails through the Waikaia Forest, which is owned by the Southland District Council.

The network, which is to include a pump track, is estimated to cost just under $1million.

Mr Jones spent time in the forest looking at the proposed network site.

‘‘If you were going to plan a town you would want to kind of map it out a little bit to make sure that you maximise your space,’’ he said.

It was important to think of the big picture before starting the project.

‘‘It’s easy to dash off and start doing things piecemeal.’’

The type of soil in the forest, the gradient of the land and vegetation cover were some of the factors he took into account when deciding where trails would be built.

‘‘All these things will have impacts so it’s weighing up those different things.’’

The trails would be sited in areas which would not be milled in the next 20 to 30 years.

Some of the sites had recently been deforested and replanted while others, where the trees were about 6 years old, had gorse and broom growing.

He hoped to finish the master plan by Christmas.