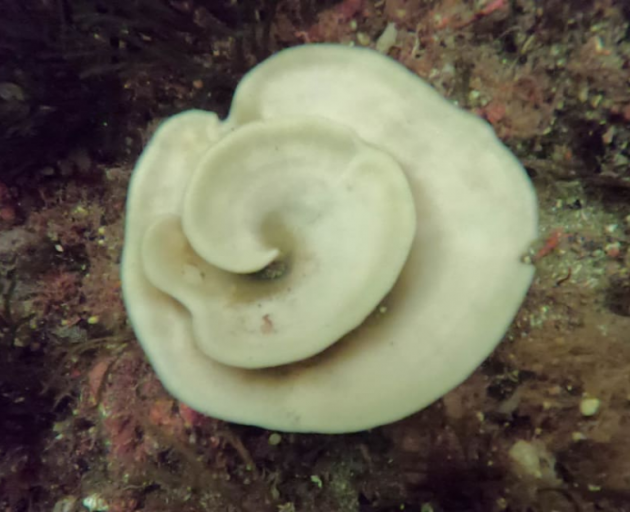 Bleached native sea sponges in Breaksea Sound, Fiordland. File photo
It appears scientists' fears about the mass bleaching of sea sponges in Fiordland have been confirmed, with it likely the largest event of its type anywhere in the world.

And there is emerging evidence that an ongoing marine heatwave is also causing damage in Hauraki Gulf.

Striking images emerged last month of thousands of a species of sea sponge that is usually a health velvety brown, bleached bone white.

It shocked scientists, raising alarm about the impact climate change is having on marine ecosystems.

Initial estimates were that hundreds of thousands of the sponges were affected in Fiordland sounds, but findings from a new scientific research trip indicate the damage is far worse.

"At least millions of sponges have been bleached in those environments, maybe even tens of millions - this is one of the most abundant sponges in Fiordland and so it's a really wide scale event.

"This is the largest reported, as far as I'm aware, temperate sponge bleaching event that's been reported anywhere in the world," he said.

Unbleached and bleached sponges seen side-by-side. Photo: Supplied via RNZ
Professor Bell said bleaching was affecting between two thirds and nearly all of that species of sponge.

University of Otago oceanographer Rob Smith said an ongoing marine heatwave in many parts of the country was causing record temperatures - five degrees hotter than usual in places in Fiordland.

Bell said preliminary experiments conducted during the latest trip confirmed warmer water was a likely cause of the bleaching.

It seems to affect microscopic organisms that live in the sponges which photosynthesise and produce food, and also make a chemical which fish do not like.

In a small mercy, it appears the bleaching is not killing the sea sponges outright - but it is making them edible to fish which could ultimately finish many off.

"It's a massive event that's taken place, and when you look at the role that these sponges play in the ecosystem system there in terms of how important their role and function is."

The sponges pump and filter large volumes of water, and are vital to the food chain because they supply carbon to the sea floor, which other species need to survive.

She said the environment was already under pressure from marine pests and depleting fish stocks and the bleaching was bad news. 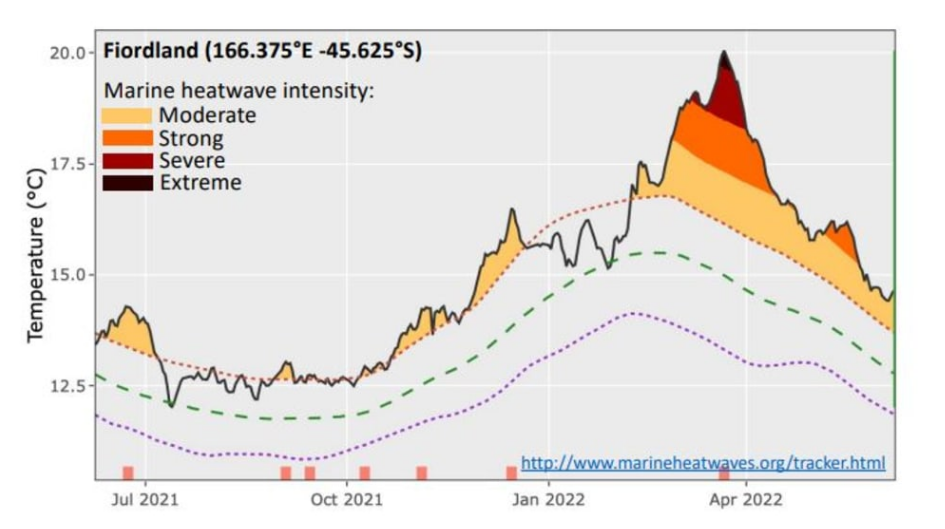 Both Westland and Southland have seen a moderate to extreme marine heatwave.
Bell said the bleaching got worse as you got deeper into the fiord - and based on ocean temperature data it looked likely it was happening throughout Fiordland.

So far it has been recorded in Dusky, Breaksea, and Doubtful Sounds.

Sponges in Hauraki appear to be melting amid record ocean heatwave

Meanwhile, there are reports of damage to sponges in the Hauraki Gulf, which is in the midst of its longest marine heatwave ever - more than 200 days.

Scientists from the University of Auckland's temperate marine reef lab led by Nick Shears have noticed swathes of dead patches and tissue loss on some species of sea sponge.

Researcher fellow Arie Spyksma said some large sponges, which play an important structural role on the reef, appeared to be melting off their holds on the cliffs.

"It's pretty sad I mean this is a big marine organism that's essentially in its death throws and it is likely that human produced climate, well ocean warming is playing a role in what we're seeing.

"So it is not a particularly pleasant experience to come across one of these sponges in that melting phase."

Spyksma said they were finding large pieces of detached rotting sponge on the reef and nearby beaches, as well as covered in algae.

He said there was evidence of damage throughout the entire Hauraki Gulf, with the hypothesis being that ocean warming was the cause.

The La Niña weather pattern is also likely playing a role in the marine warming.

Spyksma said it was too early to tell what the long-term impact would be, and he hoped some sponges would recover as the water temperatures cooled in the coming months.

'Any rich listers out there there who would like to support us?'

One of the most worrying things was that damage was only noticed in Fiordland and Hauraki because the effect on the sponges was so visible.

Professor Bell feared the warm water could be damaging other species and was just not being noticed. 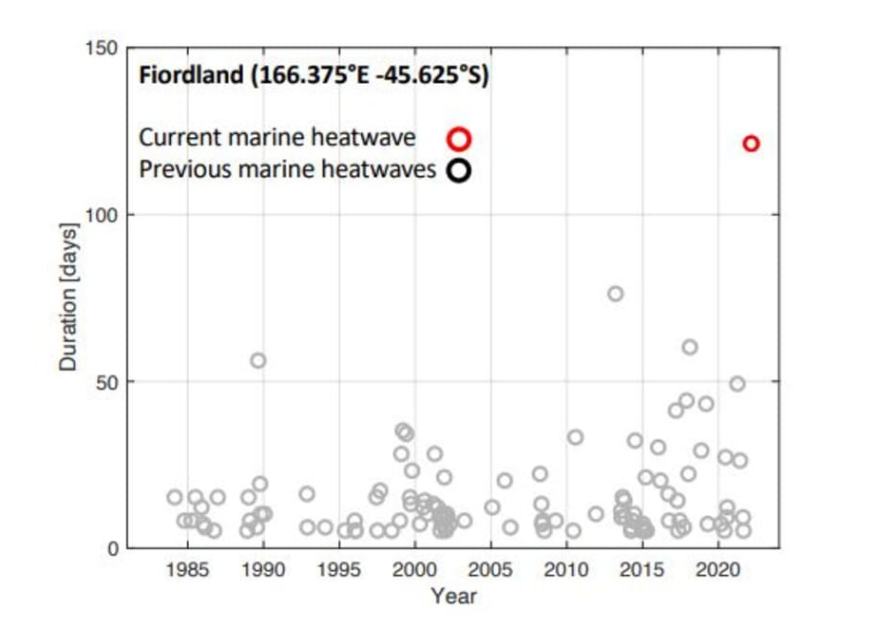 Both Westland and Southland have seen a moderate to extreme marine heatwave.
He said the Department of Conservation needed more funding for marine monitoring, conservation and management in the large Fiordland region.

"Like most academics my first thing I'll be doing for the next few months is [try] to secure some money to get back and [do] work in the fiords.

"So ... any rich-listers out there who would like to support us we'd like to chat to you."

The warming globe makes a repeat of the severe ocean temperatures more likely.