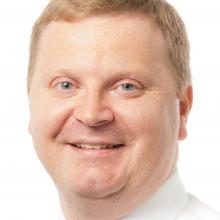 Coroner David Robinson. Photo: ODT files
Excessive consumption of Coca-Cola and energy drinks may have contributed to the death of a pregnant Invercargill woman.

Amy Louise Thorpe (34) died of an epileptic seizure at her Invercargill home on December 4 in 2018.

According to findings released by Coroner David Robinson, Ms Thorpe, who was 15 weeks pregnant at the time of her death, had a history of
epilepsy and other conditions.

Since becoming pregnant her seizures had increased in frequency to about once a week.

She consumed about two litres of Coca-Cola and between 500mls to one litre of energy drinks per day.

Ms Thorpe was referred to a consultant obstetrician and gynaecologist who noted poorly controlled seizure disorder, and recorded that Ms Thorpe had frequent seizures with random triggers.

Despite previous poor compliance with attendance at neurology appointments, a referral was made to a neurologist.

In November 2018, Ms Thorpe was seen by neurologist Graeme Hammond-Tooke, who reported the epilepsy diagnosis was uncertain but treated her on the basis of that diagnosis.

He advised Ms Thorpe that she either needed to try another anti-epileptic medication, or she needed to be admitted to hospital for EEG monitoring.

Ms Thorpe was reluctant to undergo further video EEG or change her medication.

Coroner Robinson sought medical advice from Associate Prof Hammond-Tooke as to the potential significance of excess caffeine consumption in this case.

Associate Prof Hammond-Tooke reported that studies suggested caffeine increased seizure susceptibility while in some cases, chronic use of
caffeine may protect against seizures.

Until clinical studies suggested otherwise, caffeine intake should be considered as a factor in achieving and maintaining seizure control in
epilepsy, he said.

He also concluded that large amounts of caffeine probably could cause seizures, but it was unclear if modest amounts were a significant concern.

In the case of Ms Thorpe, Associate Prof Hammond-Tooke noted it is possible that excessive caffeine contributed to poor seizure control.

He recommended his finding be made available to the Royal New Zealand College of General Practitioners and Epilepsy New Zealand for dissemination amongst their members.

He also recommended advice be given to patients of the potential effects of caffeine, as that could mitigate the risk of deaths in similar circumstances.