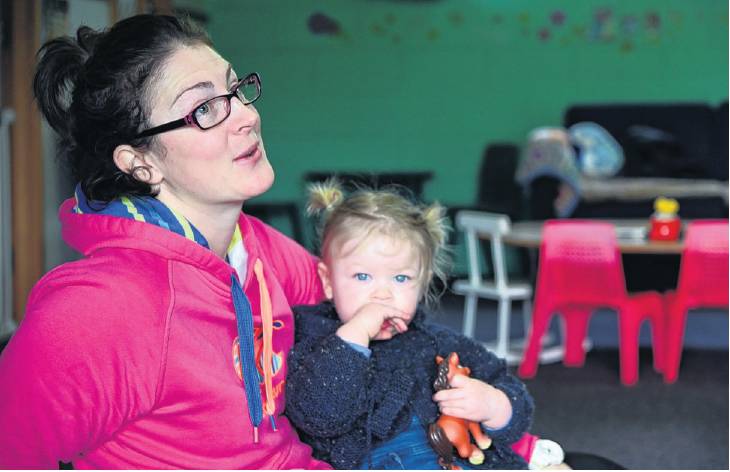 Jamie O’Neill and daughter Eliza Smith (16 months) enjoy some play time at the Gore Plunket rooms. Photo: Craig Baxter
In a small rural community, staying connected is important. Add a new baby to the mix, and it becomes vital.

That’s where the Gore Plunket Mums and Bubs Group comes in.

As Eliza Smith (16 months) made the most of having the Plunket Room toys to herself, mum Jamie O’Neill said the group was important, particularly given the tough times the area had experienced this year.

Having called Gore home for the past 30 years, she knows the community like the back of her hand.

"It’s been pretty hard here in Gore since the start of the year with the flooding, and then going into Covid,so we’ve had to deal with a lot," she said.

"Dealing with people, looking after people, being more community spirited, and just getting behind everyone. Just being a community."

Major flooding caused damage and sparked evacuations in the area back in February.

The Plunket group, which meets twice a week, got stuck into the response.

"We’ve been helping people needing stuff, for thefamilies with the flooding who lost everything, so we’re quite a big part of the community."

Getting back to normal after lockdown had been a big boost for the community, as a lot of people had been feeling down, she said.

"Being stuck at home with small ones wasn’t easy, now that people are getting back to sport, school and stuff, they’re just getting back to reality and it just makes people feel so much better."

Looking ahead, she hoped her children would grow up to live in a world where the same strong sense of community existed.

"I hope they get to have the same sort of lifestyle as me. We’re very involved in the community, my partner and myself, and also my family, that’s what we’ve grown up with.

"Family and friends are very important."