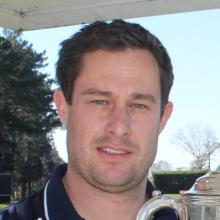 The council has put a consultation document out to the public for its policies regarding gambling machines and TAB venues.

There are no TAB stores in the Southland district.

The policy does not relate to TAB outlets in pubs and clubs.

A TAB venue policy would be applied when the council considered a *consent application for a TAB venue.

The council has not received an application for a venue to operate gaming machines in the past three years.

The council cannot alter consents that have already been given, nor can the consents lapse or expire.

In adopting a policy, the council must have regard to the social impact of gambling in the district.

In a report to the council last week, corporate performance leader Jason Domigan said the data generally showed continued declining trends for the number of gambling venues and gaming machines across the district over the past eight years, up to September last year.

In 2013 there had been 133 gaming machines in venues in the district and in September last year that had dropped to 88.

"Overall proceeds from gambling venues have remained relatively neutral over this time and there have been neither increases or decreases in the number of people seeking interventions for problem gambling during this period," Mr Domigan wrote.

"When compared to all other territorial authorities across New Zealand, Southland district is considered to be fifth-lowest when considering gaming machine proceeds per capita."

The current council gambling venue policy is based on a soft sinking lid approach to electronic gaming machines.

The current policy also states that if a venue closes, the licence to have machines can be transferred to another venue.

The report recommended the policy for gaming machines stay the same with a sinking lid approach.

The advantage of that was the soft sinking lid approach assisted in the gradual decline of gaming machines, which might contribute to a reduction in gambling-related harm.

The approach balanced the harm caused by gambling with the benefits the money from gambling could bring to people in the district, the report said.

The document was sent out last week and members of the public have a month to make submissions.