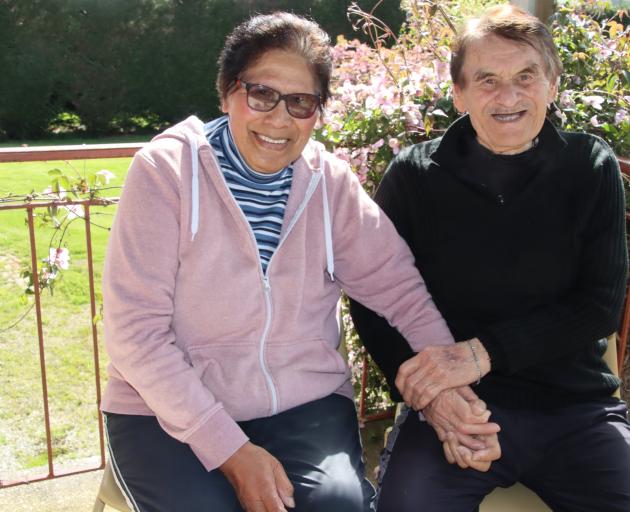 The Mataura couple celebrated their 60th wedding anniversary with a family meal yesterday.

After leaving school, both worked for the same Hawke’s Bay shearing contractor but in different gangs so did not meet until one fateful day, Mr Edwards said.

"We got together through working together on one occasion, I presume.

Mrs Edwards (nee Kahuroa) was 17 years old and he was 18 years old.

Their budding romance did not go down well with Mrs Edwards’ father Ray, who was a member of the Church of Latter Day Saints.

"When my father found out I had a boyfriend the next thing I knew I was on the train to Wellington," Mrs Edwards said.

Her father arranged for her to stay at a girls’ hostel and work at the telephone exchange.

However, she did not enjoy the work much so she successfully applied to train as a psychiatric nurse.

In the meantime, Mr Edwards worked as a shepherd but later moved to Wellington to be closer to his girlfriend.

"We were courting for four years," he said.

He worked at the Griffin’s biscuit factory.

At Christmas in 1960, Mr Edwards gave her an ultimatum.

"We’re getting married this Labour Weekend or we’ll never ever get married," he said.

"I don’t think he gave me a chance really — this year or nothing," Mrs Edwards said.

Later, Mrs Edwards’ father told her she had made a good choice of a husband, she said.

Her tip for marriage was "work hard and be faithful to one another".

The couple agreed they were good friends.

"Look what we accomplished," she said.