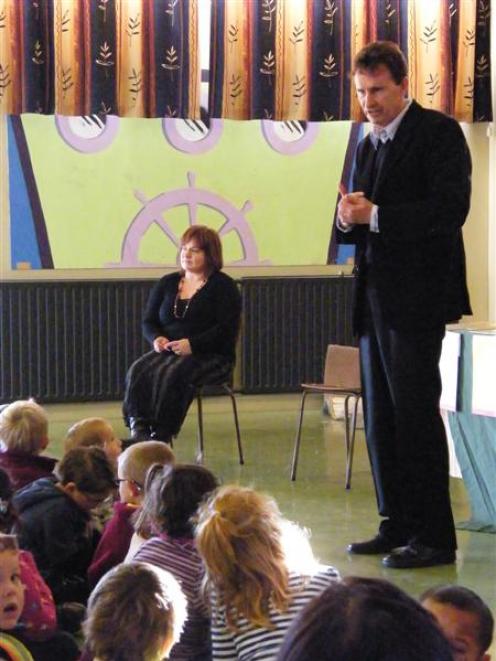 A former pupil at the school, Mr Tulloch was the ‘‘role model'' for the school's Duffy assembly, where the pupils were given a book from the Duffy Books in Homes programme.

Duffy Books in Homes is the brainchild of New Zealand author Alan Duff and aims to help children's literacy and language development.

Mataura Primary School principal Susan Dennison said part of the programme was also having role models talk to the children.

The Duffy programme had been running for eight years at the school and pupils received about 10 books in a year, Mrs Dennison said.

‘‘There was a great reaction from the pupils. They are very curious and interested in the role models,'' she said.

Mr Tulloch, who is the managing director of Tulloch Transport, a Companion of the Queen's Service Order, truck and saloon car racer and was mayor of the Gore District from 1989 to 1995, spoke to the pupils about his days at the school and the importance of education.

‘‘I encourage you young people to do better than I did,'' he said.

The pupils were spellbound about his stories of his motorsport exploits and the posters he gave them of his Tulloch Motorsport team.

‘‘Reading, learning and listening is really important. Go to university if you can,'' he said.

At the end of Mr Tulloch's speech, the children sang a rousing rendition of the Duffy song Read Around the World.