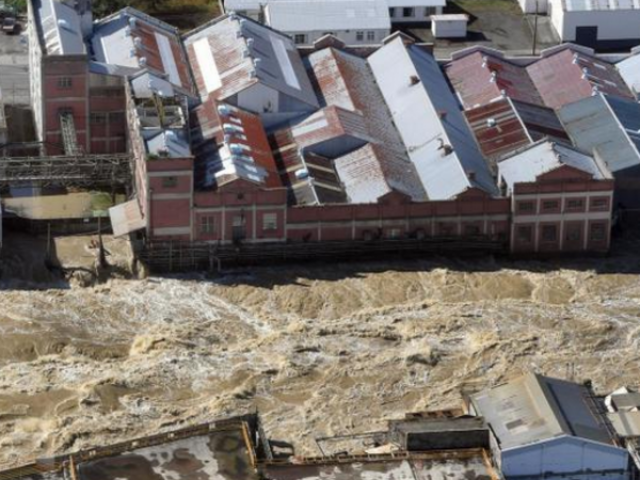 During the floods, Rio Tinto told the council it would speed up the removal.

But the company that owns the Tiwai Point aluminium smelter has since reneged on the handshake deal, leaving residents of Mataura furious.

Many residents were evacuated last week because of fears flooding could have soaked the waste product, ouvea premix, and released a highly dangerous cloud of ammonia gas.

Hicks said about 250 tonnes of the dross had been shifted in recent months. But with 10,000 tonnes in total, the process was going to take years.

"It's taking too long and the people of Mataura don't deserve this," Hicks said.

"It shouldn't be costing ratepayers anything, but indeed it is and the more this goes on, the more it is a cost to ratepayers."

Environment minister David Parker is also considering legal action over the company's failure to deal with the hazardous waste.