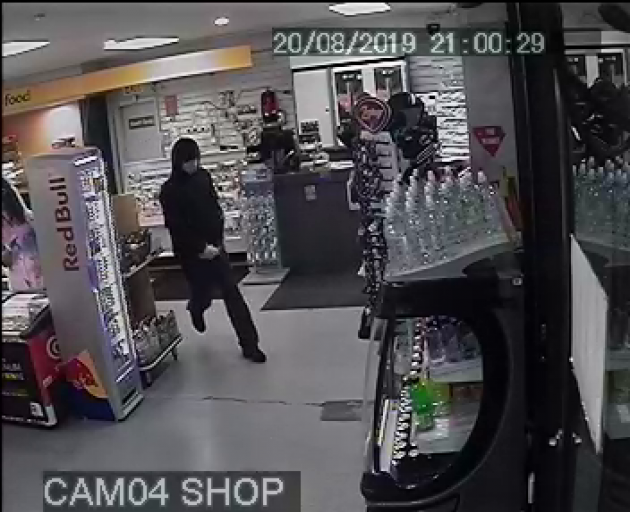 A man allegedly threatened a petrol station shop attendant with a knife before stealing cash yesterday. Photo: Supplied
Police are appealing for information after cash and cigarettes were allegedly stolen from the same Invercargill service station in two incidences over the last few days.

Senior Sergeant Greg Baird said a man entered the BP Elles Rd service station yesterday about 9pm where he allegedly threatened the attendant with a knife before taking some cash.

"The man is described as possibly Maori with dark hair, and small patches of facial hair on the tip of his chin and his jaw.

"He was in his late teens or early twenties and was of slim build, around 170cm tall.

"He was wearing black pants and black sneakers with a black hoodie pulled up over his head and had a beanie on," Snr Sgt Baird said.

He was last seen walking from the station and turning left onto Dalrymple St, heading towards Princes St. 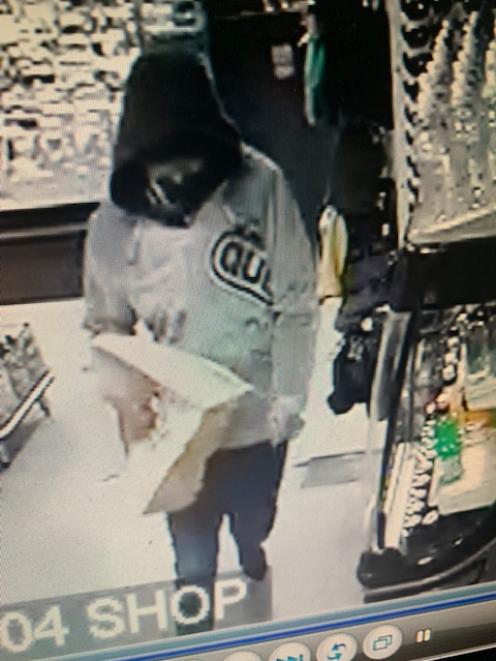 This time a man has entered the store and demanded cigarettes before allegedly removing a quantity of various brands of cigarettes from the rack before fleeing on foot, heading north on Elles Rd.

The offender was wearing a camouflage-patterned face mask and a plain grey cap, he said.

"He was described as having dark skin and was around 175cm to 185cm tall.

"He was wearing a grey hoodie with dark writing on the side, possibly Quicksilver branded, and black track pants," Snr Sgt Baird said.

It is possible that the two incidents are related, he said.

Police would like to speak to anybody that may have information on these crimes or who may have witnessed any suspicious activity around the area, including Dalrymple and Princes Street, before or after either incident.

Police would also like any information about anybody who may have been in possession of an unusual quantity of cigarettes.