Loss of turf the last straw 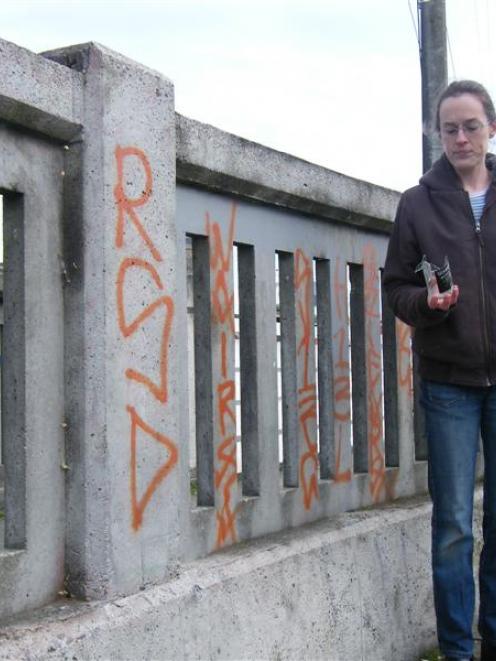 Ms Appleby said the proposal, which would probably leave Mataura without another service, was the latest in a long line of incidents that resulted in the town having to pay high rates for little in the way of services.

The Eastern Southland turf redevelopment committee has asked the council to allocate ground at Wayland Park for the building of a water-based turf and for a lease to be negotiated if the proposal secured a resource consent.

The council has endorsed the proposal.

Gore District Mayor Tracy Hicks said at the June council meeting last week that he hoped the Mataura turf would be either renovated or decommissioned.

‘‘It's just one more thing they are taking out of Mataura and not replacing,'' she said.

She pointed to the untidiness of the town's main shopping area as a prime example of the council's apparent lack of interest in Mataura.

She believed if Gore's Main St looked like Mataura's Bridge St it would have been revitalised and maintained years ago.

Broken glass and litter were regularly found lying for weeks on the town's streets and not picked up, she said.

While there were several positive initiatives taking place in Mataura, mostly driven by the Mataura Task Force, the council had not given its support either financially or with expertise, she said.

‘‘We need council support. We need a person here in Mataura to help us get things up and running,'' she said.

While the Mataura Community Board had its place, Ms Appleby said it had no ‘‘real power''.

‘‘It [the community board] had no power, no authority, no money, it's just a figurehead,'' she said.

In the end, decisions about the Mataura community were made by Gore district councillors, most of whom did not live in the town, she said.

Having a funding injection from rates collected in Mataura put back into the town would make a ‘‘big difference'', she said.

Mataura Taskforce chairwoman and Mataura Community Board member Laurel Turnbull said she was aware of residents' dissatisfaction with both the services provided by the council and the possible loss of the turf from the town.

Residents had told Mrs Turnbull the turf's relocation would ‘‘just be another service gone from Mataura''.

However, she pointed out the proposed new hockey turf was not a council-generated project but was driven by the Eastern Southland turf redevelopment committee.

Mrs Turnbull acknowledged the community board did not have the power to make ultimate decisions but said all of the board's recommendations had been endorsed by the council.

Gore District Council Mataura ward member Alistair McLennan said he would not be in favour of the Mataura turf closing completely.

Mr McLennan said he would be in favour of it being retained as a playing facility.

There was a suggestion from the hockey redevelopment committee the lights and pavilion might be shifted from Mataura to Gore.

‘‘I would be perturbed if the lights and the pavilion were relocated to Gore as practices during the week [at Mataura] are not held in the day time,'' Mr McLennan said.

He did not want to comment about the claims of Mataura residents that the town did not attract the same level of services as Gore.

Mataura resident Chris Couzens was also critical of the council, saying the local body's attitude towards Mataura was extremely poor.

Mr Couzens had moved to Mataura from the West Coast and said he ‘‘loved the town'' but it was suffering from under-resourcing and lack of services.

‘‘It's a beautiful little town. Mataura is a lovely place to live.''

‘‘All it would take is a bit of council resourcing.''

Mr Couzens said it was obvious Gore attracted a higher level of service than Mataura.

He questioned what Mataura people were getting for their rates.

It was time the council took Mataura seriously and built up its level of services, he said.

He was critical about the litter that was strewn around the town.

One particular area of concern was near the Mataura bridge, where broken bottles and cardboard had been lying for a long time.

He was concerned about the amount of rubbish that ended up in the Mataura River because it was not picked up by the council.

Mrs Turnbull said people needed to report incidents of broken glass and litter to the council, so it could be cleaned up.

The town's side streets were only swept twice a year, as were Gore's, when leaves were falling from trees in the autumn and again before Christmas.

Mrs Turnbull said Mataura residents needed to sweep up litter or broken glass outside their houses even though it might not be their job.
‘‘It adds a bit of community spirit if people are prepared to do something,'' she said.