0 Comments
Shrink wrapping Waikaia’s bottle house is one solution on the table to fix its leaking woes.

The bottle house, built in 1988, is part of the Switzers Museum in the Northern Southland town.

The roof of the steel-framed building made of 20,000 wine bottles and cement started leaking in the 1990s and has slowly become worse.

The bottle house was closed in 2016 while a new museum was built and has not been opened since. 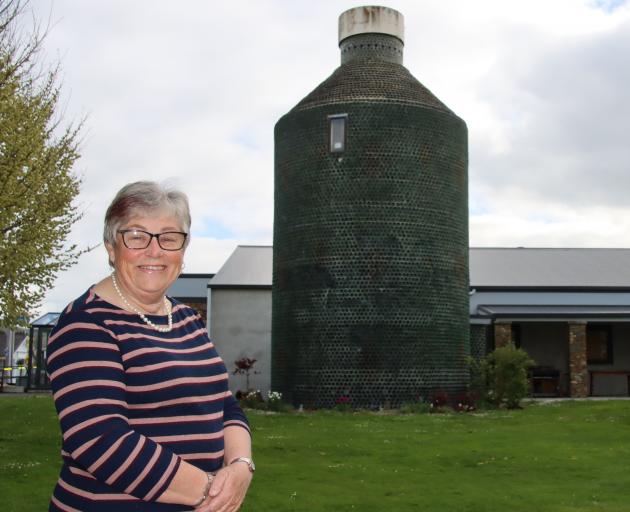 While this could be a possibility, she did not know what the life expectancy of the wrap was.

Plastic wrap would not be suitable if it had to be replaced in 10 years, she said.

An engineer had been booked to inspect the building and suggest how the problem could be fixed. Once his assessment was completed, the information would be sent to Southland District Council building inspectors for their approval.

The inspiration for the bottle house came after Mrs Dick son’s mother Betty  and friends saw one in Tewantin, Australia.

‘‘They thought it would be an attraction for Waikaia.’’

People could climb up a staircase to the top of the three-storey building.

‘‘It’s gorgeous — when the sun shines through it on a sunny day it is just beautiful.’’

The house was designed by an engineer and built by volunteers including Betty. Water was seeping into the building in about three places and the whole roof needed sealing to prevent further leaks.

How much it would cost to seal the building was unknown.

‘‘We’ve been putting away maintenance money for the bottle for years.’’

However, if concrete dairy shed floors could be sealed, there had to be a solution available, Mrs Dickson said.

‘‘We’ve put our feelers out to try and find people who may know how to seal it.

‘‘There will be a way because technology has advanced that much since 1988 that now we must be able to seal this bottle.’’