A Mataura woman among the hundreds evacuating from flood hit Southland says the situation is "pretty scary" with river levels only 1.5m from the bridge.

Ash-Leigh Hopkins-Cutler, who is a shearer who has spent almost her whole life living in either Mataura or Gore, said she had never seen the Mataura River run so high.

"It is only a metre and a half from the bridge. It's pretty scary. Ms Hopkins-Cutler is one of hundreds told to evacuate after Civil Defence Southland said residents in low-lying areas in Gore, Mataura and Wyndham should evacuate.

"The Mataura River is expected to peak with 2740 cumecs at Wyndham at 3.20pm today." 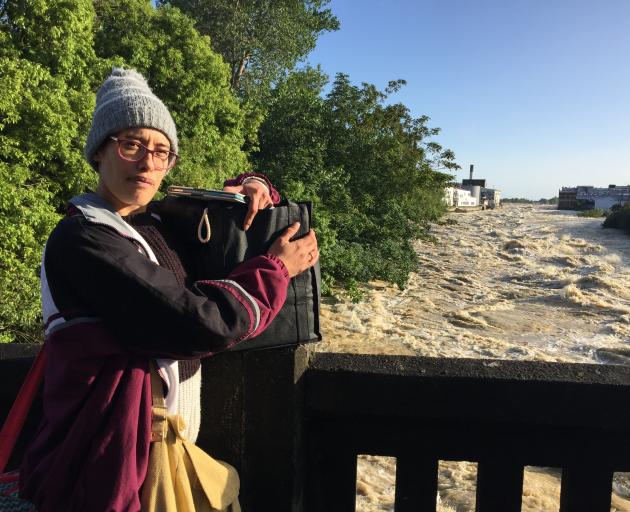 Ash-Leigh Hopkins-Cutler, who is a shearer who has spent almost her whole life living in either Mataura or Gore, said she had never seen the Mataura River run so high. Photo: Luisa Girao
The river was expected to peak at 2,450 cumecs at Gore before 9am, and at Mataura with 2,665 cumecs at 11.50am, it said.

A reporter on the ground in Mataura said the town was almost completely empty by about 9.15am.

Meanwhile a reporter on the ground in Mandeville, inland from Gore, said huge chunks of farm land were flooded.   She confirmed about a kilometre radius around the river was flooded.

She was preparing for evacuation but said the rain had stopped.

"It is actually beautifully sunny here."

Ms Hopkins-Cutler was told to evacuate by someone knocking on her door at Main St in Mataura this morning but was ready to leave.

“I barely couldn’t sleep. I’ve been up since 3am - spent the night packing."

“I’m pretty anxious. Doesn’t look pretty good. It seems this is just the beginning. We need to take care of our planet.”

Despite her anxiety she believed emergency services were doing a great job.

She had packed some clothes and her most treasured belongings.

"I don’t think I will be able to return home today - so I packed some clothes, small personal belongings and the most important - the picture of my deceased parents."

She was going to a nearby hill to wait it out.

"I am just going to go up on top of the hill meet up with a couple of friends  ... and wait for further instruction." 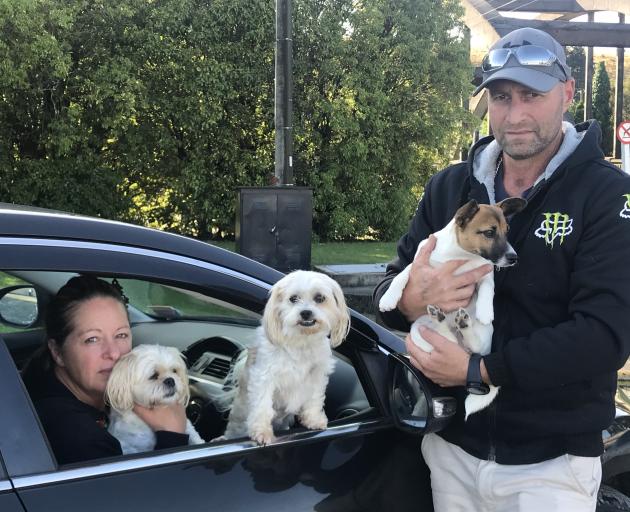 “We just left. I grabbed my dogs - Pocket, Pixie and Mocha - because I couldn’t leave them. They are shaking because they hate travelling. But my heart is broken because we left our two cats there, but cats can climb so they will be alright.”

She said she "hated" need to leave their home, but she understood.

“It is not a great situation. I Don’t know when I will be able to be back.”

“We don't know what we will do. Just waiting for my father and will decide... probably we are going to Edendale... just hope when we comeback our house, our things and our cats are safe.”

Top cop: 'I have never seen the river like that'

Inspector Jon Bisset, speaking from Mataura, said people in low lying areas were being asked to evacuate for their own safety.

"So we’ve got evacuation points set up all over the place.

"All our staff going around communicating that to the community – we are going around door knocking all the addresses at the moment to make sure they are clear and assisting anyone who needs a hand out.

"People who need assistance can contact us via 111 if it’s an emergency or on the 105 number if need be.