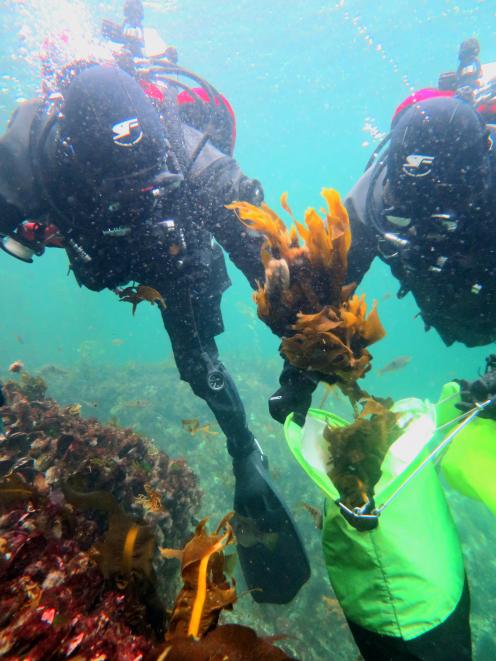 Divers Tom Kitto-Thomas (left) and David Klein remove undaria on the mussel line around the northwest tip of Big Harbour Island, Breaksea Sound. PHOTO: SUPPLIED
The battle against "the gorse of the sea" is off to a strong start after year one of the Jobs for Nature Fiordland undaria control programme.

During the first year, divers removed 30,000kg of the invasive weed undaria from more than 25km of coastline in Te Puaitaha/Breaksea Sound.

The programme is funded by the Department of Conservation and managed by Environment Southland.

"Fiordland is known for its stunning and pristine waters and colourful marine life.

"Without the Jobs for Nature funding we received to operate the undaria control programme, this species would continue to outcompete native species and change the ecosystem forever."

The programme had trained a team of 13 divers, many of whom had no previous dive experience, to scientific certificate of competence standard.

With the support of contracted scientific divers, the team spent the first two weeks completing some initial surveys to estimate the extent and density of the undaria and to trial various methods for removing the biomass.

They then spent the following months removing the weed and disposing of it on land in the Fiordland National Park, where it is naturally decomposing.

The divers concluded their first season of work in Breaksea Sound last month.

Work is now focused on surveying the distribution of undaria along the southern coastline, and a final two weeks of removal and follow-up surveys are scheduled for Breaksea Sound in mid-June. 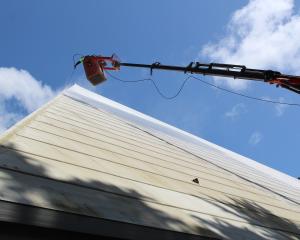