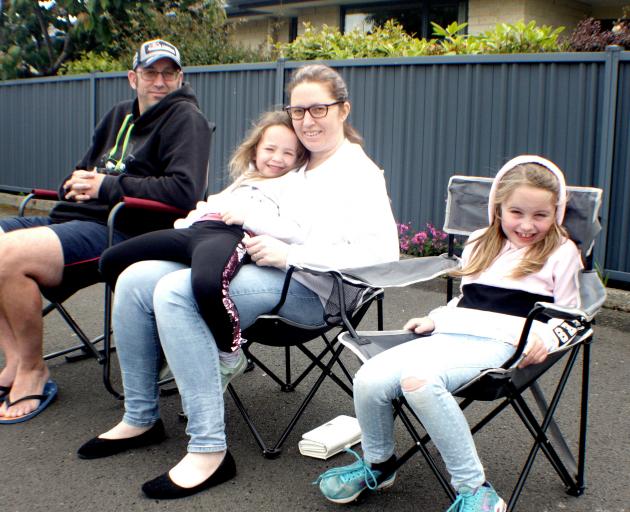 The Mason family (from left) Luke, Lisa, Chloe and Charlotte picked a good spot at the Windsor St roundabout in Invercargill to see the parade.PHOTOS: TONI MCDONALD
Invercargill experienced its first Santa Parade Tour on Saturday.

Town crier Lynley McKerrow headed the inaugural on-tour parade with her usual enthusiasm to set the scene for all who followed, with Santa sedately cruising past in his black Ford T-Bird at the rear of the parade.

Southland Christmas Parade Charitable Trust parade manager Alice Pottinger said she had received great feedback from the drivers about the turnout from people in the city.

"They couldn't believe the amount of people that were on the streets.

"Even people who did not want to come out of their houses were standing at the windows watching it go by. It was a great vibe." 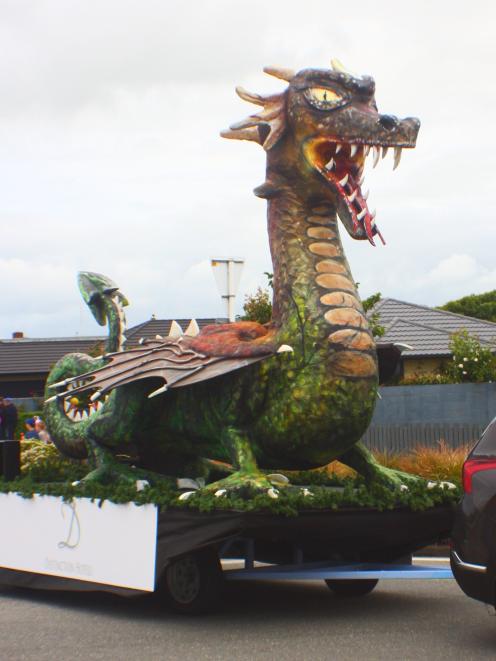 The Old Dragon, the newest float in the parade, made it to the city-wide tour on Saturday.
Float numbers were down on previous years, with 32 floats touring.

In past years, community group entries had featured people from their organisations. But the revised format meant they were unable to participate.

The 20km parade route also made it impractical for walking groups to join in. 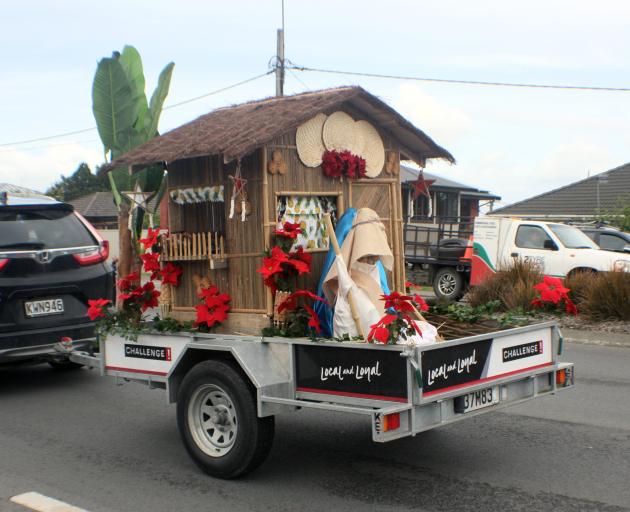 Mannequins took the place of people on the floats
Covid-19 restrictions forced the parade trust to rethink its usual format to ensure the parade would happen this year. The restrictions did not allow for the large and compacted crowds the parade normally attracted.

Other cities around the nation, such as Dunedin and Christchurch had opted to cancel their parades but Invercargill had chosen to soldier on with its carefully planned revised format.

The colourful tour started at the corner of Bainfield and North Roads, wending southwards for 20km through the city’s suburbs. It was followed by a static display at Queen’s Park. 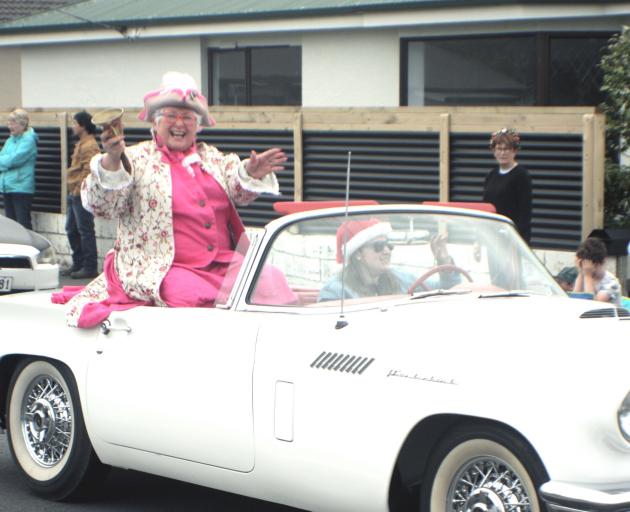 The effervescent smile of town crier Lynley McKerrow set the scene for fun at the head of the city-wide parade tour on Saturday.
At the park there was more of the usual flair associated with the event, with pipe bands entertaining a constant stream of visitors to the open space surrounding the band rotunda.

"We had a steady flow of people coming through the park all day. The conditions were perfect for it. It was just lovely." 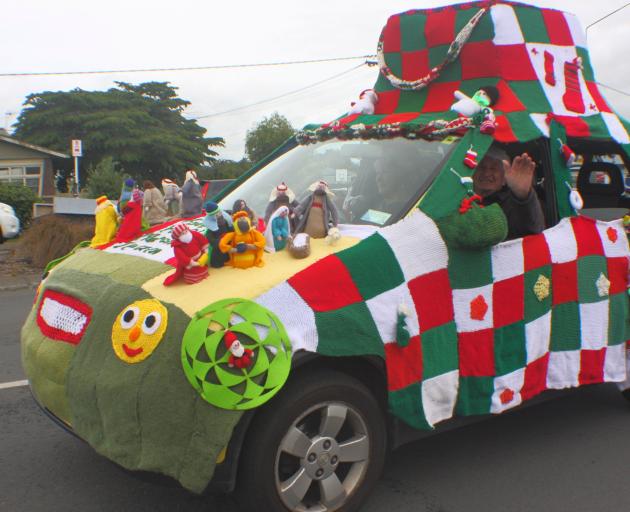 There was plenty of colour to capture the eye on Saturday.
After a rainy couple of days prior, the weather co-operated on the day to make it a pleasant day for all who attended.

"The weather was just great. You’ve just got to thank that weatherman, whoever does the weather for us, he does it very well for the past few years. We are so grateful."

The presence of some heavy vehicles and traffic intermingling with the parade on North Rd briefly blocked views of the parade for people on the west side of the road.

"We knew there would be some tough spots." 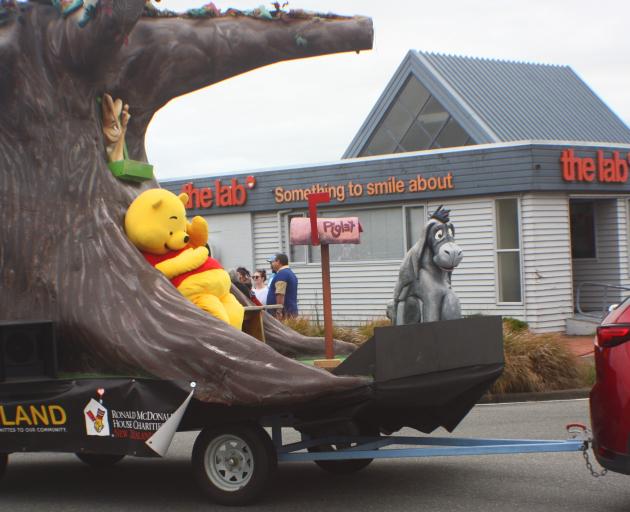 Pooh Bear and Eeyore on the parade tour of Invercargill.
Overall, the traffic had been patient with the convoy, she said.

"We are fortunate we live in the town we live in. Everyone is pretty kind and nice people."

Mrs Pottinger said she was incredibly grateful to all the volunteers who had stepped up from the community to help marshall street corners and take care of all the other small details which made the day go according to plan.

"You can’t do this without volunteers. They definitely make it for us." she said.