The Southland public lined the streets of Invercargill this afternoon to show their appreciation for their sporting heroes. 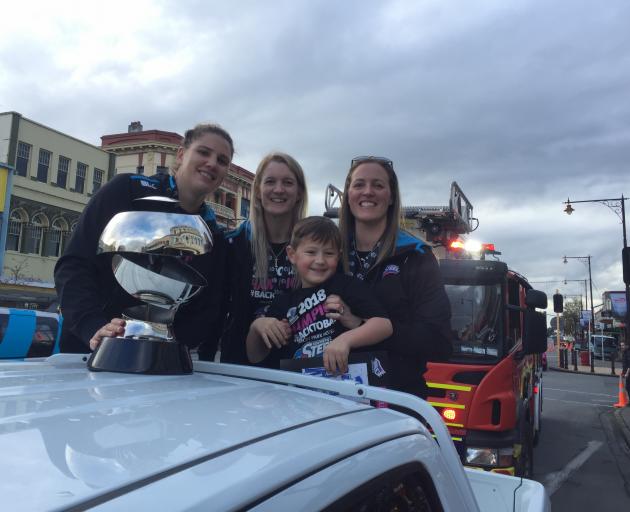 Members of the Southern Steel Te Huinga Reo Selby-Rickit (left) Shannon Francois and Wendy Frew. Photo: Gregor Richardson
The event has come together in four days after the Steel won the ANZ Premiership on Sunday.

It is the first tickertape parade to be held in Invercargill since 2012 to celebrate the region's successful Olympians from the London Games.

The players were lined up on the back of trucks with the trophies a star attraction. 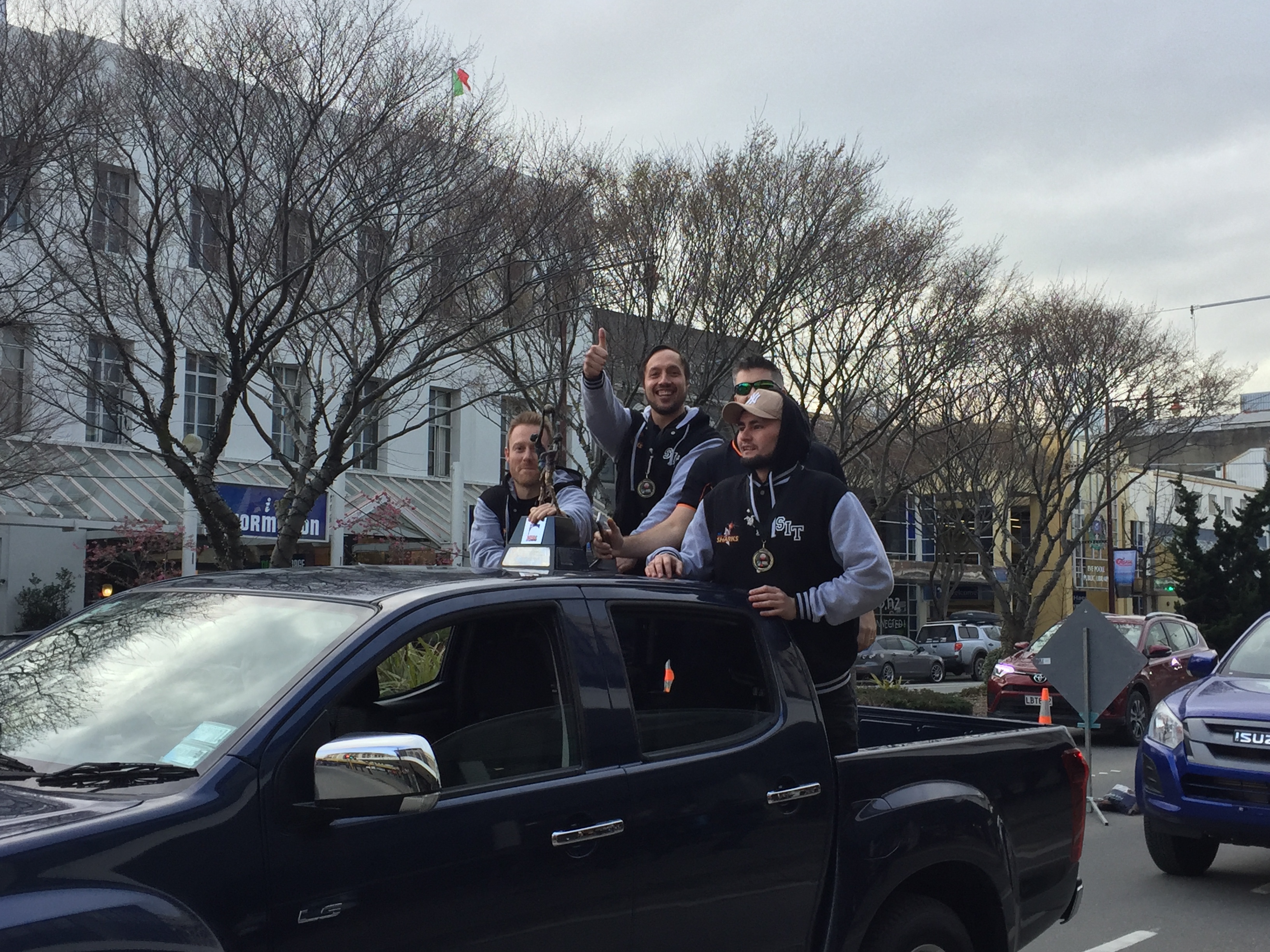 Southland cricket captain Shaun Fitzgibbon said it was great to see so many Southlanders out supporting Southlanders.

“We are a pretty proud province.”

Fitzgibbon said it was nice to be acknowledged alongside the Steel and Sharks' success.