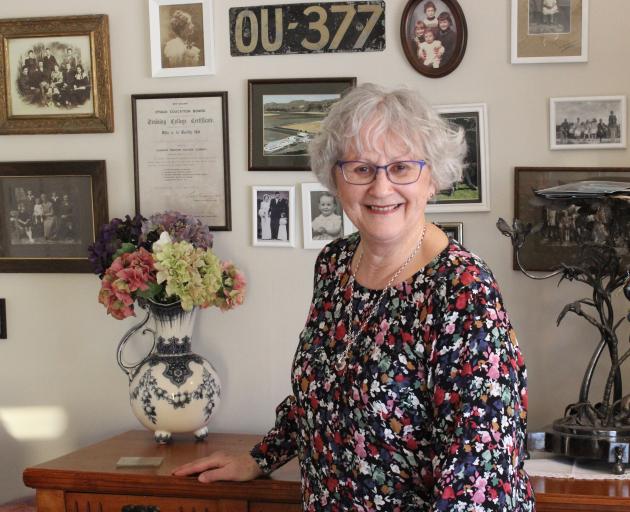 Hardly a surprise, when you are in the home of a trained educator.

What comes as a surprise is the certificate is not hers — it is that of her great-grandmother, Margaret Anne Waugh, who graduated from the Otago Education Board Training College in 1900.

Mrs Campbell’s family has always valued education so she has a genetic disposition, you could say, to continue the family tradition.

While she said it was never her ‘‘calling’’, she trained as a teacher, left for a while to have her family, then returned to the vocation in 1990.

‘‘It was a wonderful principal who encouraged me to become a resource teacher of reading (RTR),’’ she said.

It was then the passion was born.

‘‘I really wanted to work with children who were experiencing difficulties to give them a break, give them a chance.’’

She learnt valuable lessons in the training she received — the most important being not to put a label on a child.

‘‘You may have to go different paths to get the same outcome,’’ she said.

Those paths would eventually lead to a place where a teacher could connect with a child, and that was when the world was opened up and learning began.

Often, children who could not read were bullied, so teaching them to read was empowering; they gained confidence and began to confide in people they trusted.

In 2009, the East Invercargill Rotary Club she is a member of was looking for a project to benefit the community.

‘‘Neil [Lewis] rang me up and said, ‘Have you got any ideas to develop a project for literacy?’.

The project became The Literacy Starter Packs for 5-year-olds — a pack given to every new entrant when they start school in Southland.

The packs come with magnetic letters, a whiteboard, a good story book, a library flyer and instructions for parents.

There are now 18,000 children who have been handed these packs in the years since the scheme’s inception.

It was a complete surprise.

‘‘I sat frozen and I have no idea what they said after that.’’

That certificate, which also hangs on her living room wall, says, ‘‘In appreciation of tangible and significant assistance given for the furtherance of better understanding and friendly relations between the peoples of the world’’.

It is not the first time Mrs Campbell has been recognised for her work, which spans more than 30 years.

She was made a Member of the New Zealand Order of Merit in 2012 for services to literacy and has written children’s books What is a Southlander? and More About Southlanders.

So what does she think her great-grandmother and forebears would make of what she has achieved in assisting children to read for more than three decades?

‘‘I just have a wonderful comfortable feeling now I’m on the same track as they walked — to believe in people to help them on their learning path.’’