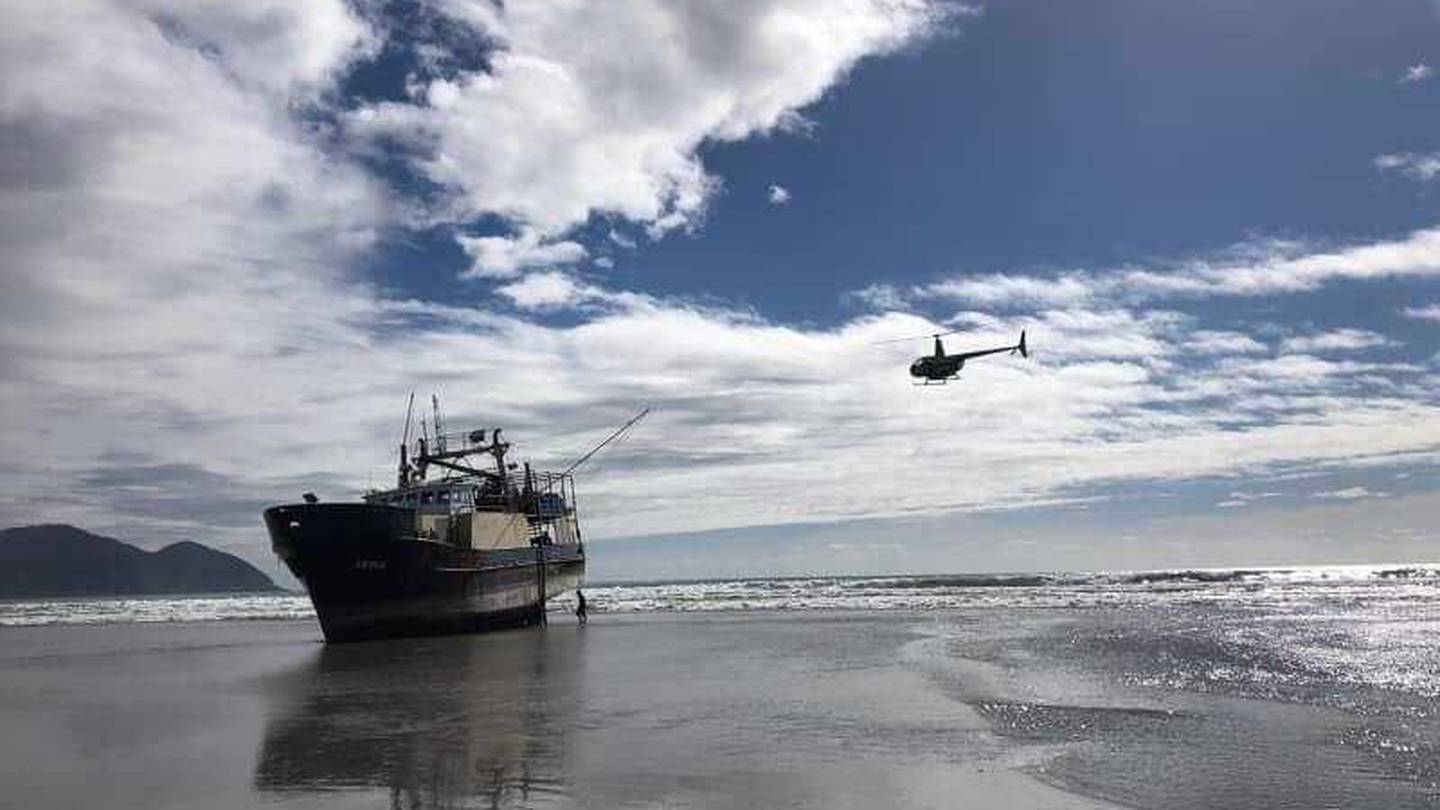 The boat beached on Big Bay. Photo: Supplied via NZ Herald
A fishing boat has run aground on a remote South Island beach.

The New Zealand-flagged trawler ran aground at Big Bay, 40km north of Milford Sound, about 10.10am on Thursday.

It's understood the vessel was trawling for albacore tuna, known as "the chicken of the sea".

Rescue Coordination Centre New Zealand (RCCNZ) was alerted but no distress call was made, and no search and rescue action was taken.

There have been no reports of injuries.

Southland harbourmaster Lyndon Cleaver said communications with the vessel have been limited but authorities have been able to speak to the crew on maritime radio.

Details are still vague, Cleaver says, but it's understood there may have been three crew members on board at the time of the grounding.

It's understood the vessel may have suffered mechanical issues. Weather conditions were favourable.

"We understand that they were at anchor in Big Bay and there might have been a change of wind direction, dragged their anchor, and possibly have gone on the beach that way, but it's yet to be confirmed," Cleaver said.

The fishing vessel, which Cleaver says is of solid, steel construction, remains beached. No oil has been spilt into the marine environment.

A vessel from Westport has been enlisted to try to tow it off the beach on tomorrow's high tide.

Fine weather is forecast for the next few days.

"We're quite fortunate that the vessel is still upright and everybody is safe, which is the main thing," Cleaver said.

"We're hoping that the insurers and the salvage team will be able to refloat it tomorrow and there will be a good outcome for all."