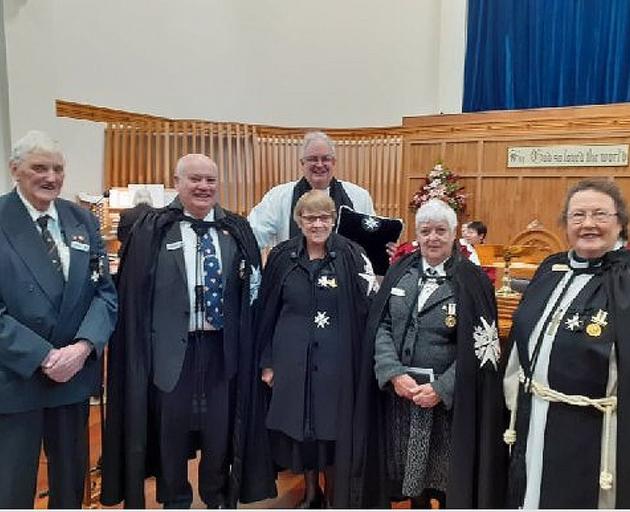 She may have been with the organisation for more than 55 years already, but she is not planning on ever needing a farewell gift.

Although the ceremony was originally planned for May, it had to be delayed because of Covid-19 restrictions.

As well as the ultra-long service medal, Mrs Boniface was presented a bar (five years’ service) to acknowledge 55 years of service to St John.

In 1958, Mrs Boniface joined Invercargill St John, as a cadet, before moving to the adult division when she turned 16.

Her service had been continuous, and although it made up 62 years, Mrs Boniface said as a cadet, it took two years to qualify for one year of service.

Spending three weeks touring the historical sites of the Most Venerable Order of the Hospital of St John of Jerusalem in 1999 had been one of her highlights with the organisation, she said.

"It was its nono-century [900 years] ... we visited the Hospital of St John in Jerusalem, Israel, Malta, and took part in a service in St Paul’s Cathedral in London where the Queen was in attendance."

Mrs Boniface had performed St John duties at many events, including "30 years at netball strapping up ankles", and was secretary of the Riverton Area Committee for the past 23 years. She was still an active member.

She had been the Southland District Chaplain for a long time.

"I like helping people; that’s why I do it."

St John had been a huge part of her life, and she intended to continue with the organisation.

"It has a lot to offer to people of all ages ... there is diversity, a broad range of things people can do, such as driving a health shuttle, working in the op shop, helping with therapy pets ...

"It’s a great organisation to belong to in whatever capacity.

"I’ll never get a farewell gift."