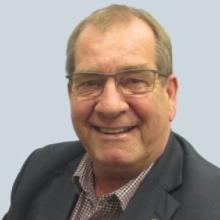 Ebel Kremer
A major milestone was reached for the Te Anau wastewater project this week when filtrate was discharged to the Kepler subsoil disposal field for the first time.

Southland District councillor and deputy mayor Ebel Kremer was tasked with hitting the go button, marking a significant achievement for the multimillion-dollar initiative.

"There were certainly a lot of thoughts going through my mind when I hit that little button, thinking about all of the people that have been involved across so many years. It was an honour to represent them in that moment," Cr Kremer said.

"This is absolutely the culmination of so much hard work by so many people — everyone from our contractors to Fiordland Sewage Options and various councils. There were some very robust discussions over the years but the end result was worth it.

"What has been achieved is something the Te Anau community and council can be very proud of. We have a world-class, environmentally friendly wastewater treatment plant and disposal field right here.

"It’s pretty special. I think people would be surprised to see the technology involved and how far it stretches from Te Anau to the Kepler block."

"The Kepler subsoil drip irrigation facility has been commissioned extensively and is operating well mechanically. That is also true for the Te Anau to Kepler pipeline, which is operating as designed, leak and defect free," he said.

"Reaching that milestone is testament to the hard work and dedication of everyone involved with this project.

"Many of our contractors committed a huge amount of time away from their families to make this a reality for the Te Anau community and they deserve to be applauded for their efforts."

While the current ability to discharge to the Upukerora River is consented until 2023, it is expected discharge there will stop from early January 2022 unless any issues arise with the Kepler field.

Mr Gray said he expected the project to be delivered on time and under budget at $25.5million. The budget was $27million.

"As with all projects of this scale, there are some outstanding tasks to be completed once the plant is in full service, including the decommissioning of the wetlands and landscaping located at the Te Anau treatment facility located at Upukerora Rd," he said.

"Overall, we are incredibly proud of what has been accomplished here using modern technology to achieve a solution that meets the needs of the local community now and into the future."

Those interested in viewing the plant will be able to attend an open day in the new year once a date has been confirmed.