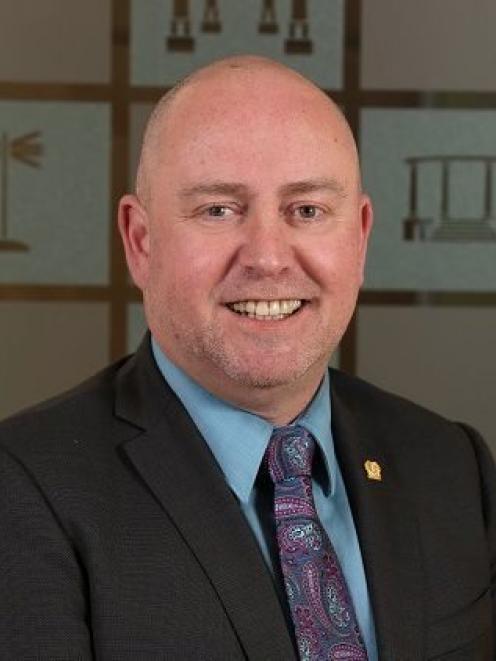 The review - which among its findings reported that Sir Tim was struggling to do his job - was accepted unanimously less than a fortnight ago.

The review was prompted by the Department of Internal Affairs, which had flagged concern about how the council was operating.

The council has agreed to bring in two external appointees and develop a clear set of delegations for the recently appointed deputy mayor, Nobby Clark.

"The report would have you believe that the dysfunction of this council rests squarely on the shoulders of myself and my deputy, Nobby Clark.

"I refuse to believe that the average person on the street is likely to accept that the ongoing strife has been cause by Nobby and myself alone.

"Anyone who has any faith in this report with its glowing praises and singularly directed criticisms is also likely to believe that we shall soon seen Auckland Island pigs flying over Queens Park."

Former deputy mayor Darren Ludlow, who is now a councillor, told RNZ's Morning Report today: "We are confused - all of us were confused - because there was a sudden change in stance around the collective ownership of what the report had to say.

"His worship has had the report for well over a fortnight and has had three opportunities to feed back on it.

"The report was unanimously received at our last council meeting and everybody was in the same position and, whilst it is not a comfortable read and we don't like what the report has to say personally, just the level of criticism has not been seen before ... but we had collectively accepted it and we are prepared to move forward.

"So for the mayor to refute a lot of what was in the report yesterday was a surprise and broadly speaking, councillors were disappointed."

Ludlow said while there was a lot of focus on what the report had to say about Sir Tim, he was "not the only person who cops it in the report".

Other parts of council, the deputy mayor, the chief executive and a toxic atmosphere also received criticism.

"It's unfortunate that Sir Tim seems to have made it a bit about him," Ludlow said.

Ludlow said that Sir Tim's strength was his profile and that he was beloved as an icon - but that times were changing.

"The way that society is operating now is different say to when I got on council in 1998."

As for deputy mayor Nobby Clark, whose approach was often seen as combative, Ludlow said: "I personally think he's making an effort. He's taking the feedback on board, he is from my observation noticeably different in how he's handling himself and how he's handling his relationships with others. I'm optimistic."

Ludlow said the toxic culture referred in the review to did not relate to governance but personal relationships.

"I'd say that has changed, in my observation."

He said everyone at the council had to accept responsibility.

"We all have to. Personally, I go away wondering if there are different ways I could have handled things. I have chaired meetings that have been full of conflict and I have tried to handle them carefully and respectfully of others and their opinions. The report seems to reflect that I have the respect in council to be able to do it.

"But you still wonder, when everybody talks about a toxic relationship at council, whether you are part of it. And every reasonable human is going to do self-reflection."

Ludlow would not comment on whether Sir Tim needed to step down as mayor.

"That's not for me to say. I believe under the plan that council's put forward, that he wouldn't need to.

"He's been publicly elected to the role and the public want him there."