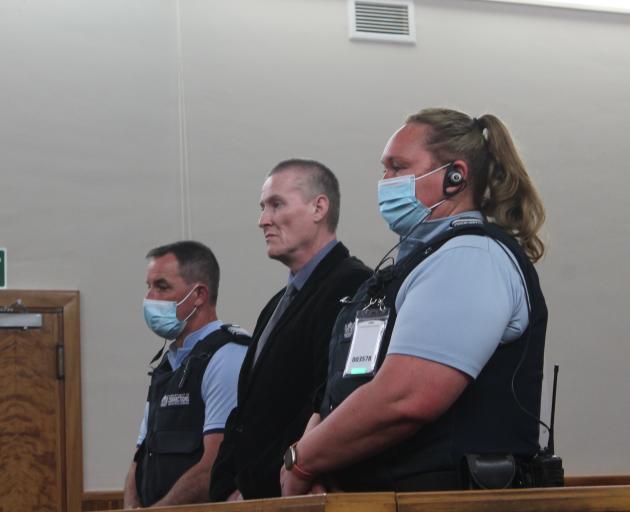 Rodney Stuart Fallowfield during his sentencing in the High Court at Invercargill. PHOTOS: LUISA GIRAO
A Balclutha man found guilty of manslaughter after killing his wife on their belated honeymoon may be out of jail next year — only two years after ending his wife’s life.

Rodney Stuart Fallowfield (53) was sentenced to four years and three months prison by Justice Jan-Marie Doogue after he strangled his wife, Shirley Alaina Reedy (52), in a Te Anau motel on May 15, 2020.

He was initially charged with murder but after a trial in July, a jury found him not guilty, instead finding  him guilty of manslaughter.

Justice Doogue said Fallowfield must serve a minimum of 50% of his sentence, which meant he could apply for bail by mid-2022, as he had already served 17 months.

Ms Reedy’s family was present at court and were visibly dis traught at the outcome.

Before the sentencing, White Ribbon ambassador and family supporter Jamie Addison performed a whakawatea, which he said   was a ceremony to bring closure to the family. 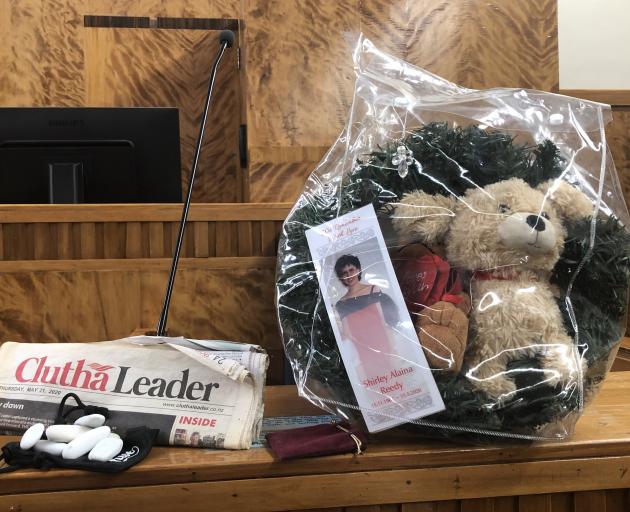 The family of Shirley Reed placed some of her treasured belongings in the court during the sentencing.
Her sister Roxanne Reedy said the loss had left a huge hole in their lives.

‘‘[We are] wondering why or what did she do to deserve this — to die at the hands of another person, someone she calls hus band.’’

The way Fallowfield acted and the comments he made to the police that he had ‘‘treated her as a queen’’ or that he had snapped did not make sense, she said.

During the trial, the Crown argued Fallowfield strangled Ms Reedy as he wanted his wife to be quiet when she threatened him with a previous rape allegation.

‘‘Why was she yelling rape, when half an hour or so before there was a photo posted on Facebook of you two happily celebrating your wedding anniversary? It doesn’t make sense.

‘‘If she really was your queen, why did that happen? And why didn’t you call for medical help?’’

Another six family members and friends read emotional victim impact statements and described Ms Reedy as kind, with a  heart of gold and cherished by the family.

Treasured personal belongings of Mrs Reedy’s,  including a childhood toy and a newspaper, were displayed during the sentencing.

Justice Doogue acknowledged the pain and loss of Ms Reedy’s family and read a message to them in te reo before the sentencing.

She also spoke about the strength and love the family had for Ms Reedy.

‘‘That connection will always endure and so will your responsibility for their pain,’’ she said to Fallowfield.

Justice Doogue accepted the court process and sentencing would never restore or heal what had been taken from them.

However, she had to impose a sentence considering other manslaughter cases in the court system, as well as Fallowfield’s mitigating  factors.

Among these was the hardship he faced throughout his life, which included parental negligence and sexual abuse as a child.

His early admission of the killing, his remorse and willingness to engage in the restorative justice with  Ms Reedy’s family, and his  undertaking treatment while in jail were  highlighted.

Justice Doogue set a starting point of seven years and nine months of imprisonment, but allowed a discount, giving a final sentence of four years and three months.