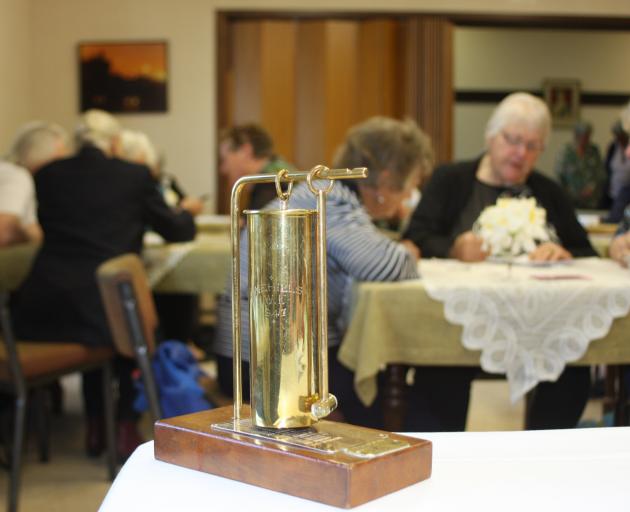 With their entries for the Mulvey Trophy completed, Otago and Southland Federation of Women’s Institutes members put their heads together to answer some quiz questions after lunch in Invercargill yesterday. PHOTO: TONI MCDONALD
Otago and Southland members of the New Zealand Federation of Women’s Institutes have been vying for the coveted Mulvey Trophy for decades.

The Waimumu institute will have its name engraved as the 2021 winner.

Each year, members travel from Otago and Southland to compete for the trophy.

This year it was Invercargill’s turn to host the event, which followed the branch holding its centenary earlier this year.

Teams must complete six crafts from a possible eight options to furnish their entries against fellow regional divisions.

This year’s theme was "My grandmother’s time".

Southern Southland president Ngaire Marshall said many of the skills used to make entries, such as jam making, knitting, sewing and baking, were lost art forms to younger generations.

She believed younger people were now more constrained by time commitments outside home, and many products were readily available from supermarkets.

The downside of that was the loss of skills for next generations.

"A lot of young people are working and don’t have time to spend on this."

She believed it was important some of the skills were not lost as they would always remain relevant no matter what technology people had available to them.

Mrs Marshall said the federation had always maintained a community focus, many hours being dedicated to volunteering for charitable organisations.

While many of the regional divisions were experiencing a membership downturn, members were always open to running training days where people could enrol to learn basic skills such as cooking, baking, knitting or gardening. 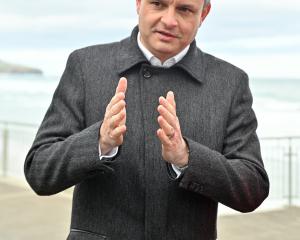