Young Brooke ‘so full of love’ 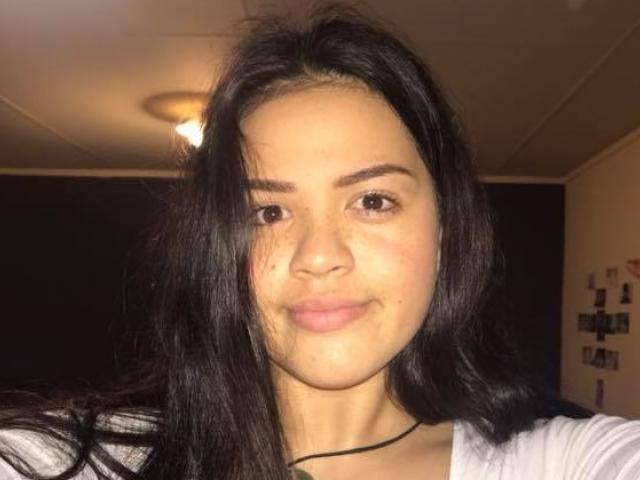 Brooke Tuhakaraina. Photo: Facebook via Newshub
One special memory Sharon Lawton has of her niece, Brooke, is the day about 14 years ago, when she picked up a broom in the shearing shed.

Miss Lawton, of Rangiriri, said that as a child, her niece had been pottering around in the woolshed while the shearing gang was working.

‘‘She was walking around with her broom and banging it and we started to teach her how to do it properly and that’s when she started picking it up naturally,’’ Miss Lawton said.

Soon she was sweeping the board and putting the wool in the correct place.

‘‘She started wool handling when she was 5 years old,’’ Miss Lawton said.

It was no wonder she enjoyed working in the shearing shed, as her mother, La Mer Tohiariki, and father, Kelly Tuhakaraina, both came from families who were ‘‘big names in the shearing industry’’.

Her niece was ‘‘so full of love’’, Miss Lawtonsaid. ‘‘She just had a beautiful outlook on life. ‘‘She was a happy-go-lucky kid.’’

‘‘They were so important to her,’’ Miss Lawton said. ‘‘She was a beautiful sister to them.’’ She was the sort of person who was always helping others.

‘‘I used to growl [at] her for doing too much for people.’’ Miss Tuhakaraina grew up in Gore, attending Knapdale Primary School and then Gore High School. She was also a member of the Calvin Community Church youth group. After finishing school in 2017, she worked in a fish-processing plant in Nelson, but returned south to work with Miss Lawton who is a wool classer.

During a stint at Omarama, Miss Lawton explained how to clean the belly wool. When it came time to deal with the bellies, Miss Tuhakaraina had forgotten what to do. Rather than carry on, she set aside the bellies while she waited to find out.

‘‘It was so cute ’cause most kids would just chuck it in and not worry about it.

When the Covid-19 situation developed she decided to stay where she was, because to leave Australia she would have to fly from a city where many people had the virus.

While the family knew Miss Tuhakaraina had not died in suspicious circumstances or taken her own life, which police had confirmed, they were waiting to hear of the cause of death, Miss Lawton said.

Miss Tuhakaraina’s premature death had been even harder to deal with because someone who did not know her created an online fundraising page.

‘‘But not for Brooke — for themselves.