MetService has issued a severe weather outlook for the next few days - with an active front set to move east across the country from the Tasman Sea tomorrow.

A slow-moving low pressure system is then expected to come in on Wednesday through to Friday.

Fantastic shot of wave cloud over Lake Wakatipu/Queenstown today, taken by J Reed. These clouds signal that the upper level northwest winds are strengthening over the lower South Island. If you have any awesome cloud photos that you'd like to share, please do so! ^GG #clouds pic.twitter.com/WNo8A0z7co

"These weather systems are expected to bring rain to many parts of the country, with the heaviest falls about the western regions of the South Island and central and southern districts of the North Island," MetService said.

"The risk for warning amounts of rain in northwest Nelson is low on Tuesday - then again on Wednesday and the risk area extending south across of all of Buller, with the risk increasing to moderate on Thursday.

Who noticed an extra chill in the air this morning? 🙋‍♀️ 🙋‍♂️

As well as heavy rains predicted, there is a likelihood of severe north to northeast gales affecting the Otago Lakes area, Westland and Fiordland, inland parts of Marlborough and the Canterbury high country.

The advisory comes after a chilly night and early morning for many parts of the South.

MetService meteorologist Sarah Haddon said the coldest populated area early this morning - just before dawn, which is the coldest time, she said - was Alexandra. A chilly -5C was recorded there about 6.45am. Dunedin Airport was the second coldest place at -4.5C. 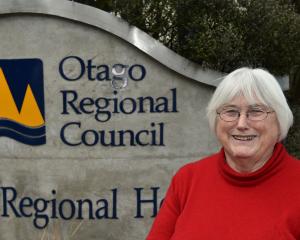