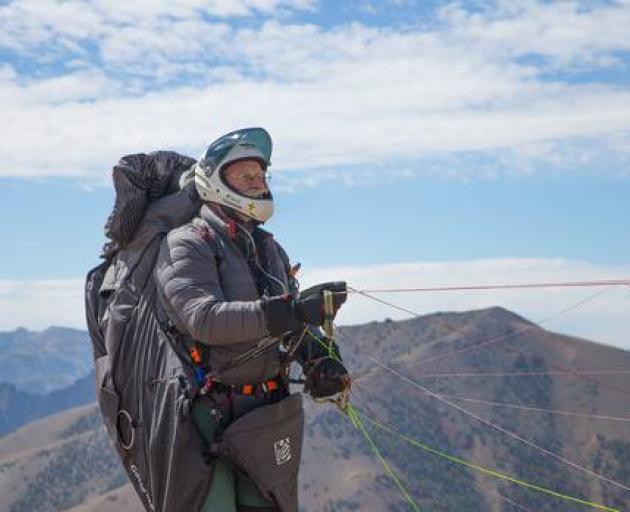 New Zealander James Oroc went missing while paragliding in Nevada in August. Photo: Instagram @xcmag
The body of former Otago paraglider James "Kiwi" Oroc (Johnston) who has been missing in the United States for nearly a month has been found.

Oroc's friends posted on his Go Fund me page today that his body had been located under a tree.

He has been missing since the end of August when a long flight he was taking in Nevada went tragically wrong.

The discovery of Oroc's body comes a day after two members of the public saw his missing person's poster and recalled seeing a parachute blowing in the wind.

A search then began around where his wing was located about 24km from the road.

Since Oroc's disappearance, his friends, family, acquaintances and other pilots have been taking part in an extensive search and rescue operation to find him, including using helicopters with infrared technology.

On August 23 he had lifted off from the Shoshone Mountain, near Round Mountain in Nevada, and had planned to fly to Wendover with two other pilots.

Those pilots raised the alarm after 24 hours of no contact with the well-respected paraglider, journalist, photographer and artist.

Oroc's GPS tracker showed he was last recorded at about 4419.6 metres in the Ninemile Peak area at 2.14pm on Saturday. He had been flying for around three hours and had covered 86km.

On the fundraising page set up by his New Zealand-based family to raise money to continue the search, the poster said the terrain was unforgiving, and thanked everyone who helped find their "beloved".

There were few details about the particular circumstances that led to his death, the page said.

"We cannot thank you enough for your ingenious efforts, the combined intellect and mastery of the team behind the search, who formulated possibilities against all odds, was extraordinary.

"The number of people who showed up who never met James, or knew someone that knew James, and the extended community that was affected by his life in some way was powerful to witness."

His family had previously offered a $10,000 reward to anyone who found him.