Nasa's balloon launch hopes were popped at the 11th hour due to mechanical issues.

After three weeks of several launch attempts and months of preparation, an issue with ground support equipment prevented yesterday’s launch at Wanaka Airport.

The issue — the brakes on a key piece of equipment that guides and feeds the balloon material during launch operations would not release — occurred approaching noon after inflation of the super pressure balloon (SPB) had already begun.

In the lead-up spirits were high and weather conditions were ideal for a launch.

Wanaka Airport operations manager Jo Learmonth said everything had been lining up.

"The weather was almost perfect. 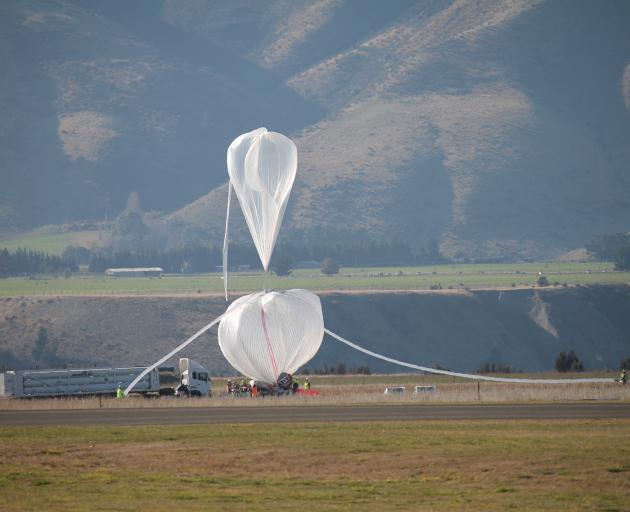 "In the last attempts we’ve had high-level winds, low-level winds and trajectory issues, but today everything is lining up."

Nasa office of communications chief Jeremy Eggers said Nasa would investigate the cause of the mechanical failure.

"Unfortunately, we had to abort our launch attempt today due to a ground support equipment issue.

"Today’s launch attempt was the sixth and final attempt of the 2022 Wanaka SPB campaign."

"While not the ending we were hoping for, I’m proud of the professionalism of our team in ensuring safe operations today and throughout the campaign," she said.

This year’s SPB technology test campaign was the fourth in New Zealand since 2015.

When fully inflated with helium the balloon can rise to an altitude of between 110,000ft and 118,000ft. As a closed volume balloon it remains at a constant altitude between these ranges.

The estimated duration of an inflated super pressure balloon is up to 100 days.

The team will now return to the United States is preparation for other future balloon launches this year.