Business as usual 'not possible’ in hospo, stressed owners say

Restaurants, cafes and bars in Central Otago and Wanaka struggled with staff before the pandemic, but Covid-19 has made the problem more acute.

Paulina Corvalan, who has operated Paulina’s restaurant since 2016, announced on May 4 that due to the lack of staff, the Clyde business was shifting to become a "relaxed and casual bar".

Ms Corvalan said she needed to adjust to the new reality.

"It’s not possible to keep doing what we’re doing."

Being understaffed had added pressure to the existing team, and it had be difficult to recruit new employees.

Hiring had been a challenge because people’s pay expectations had shifted, she said. 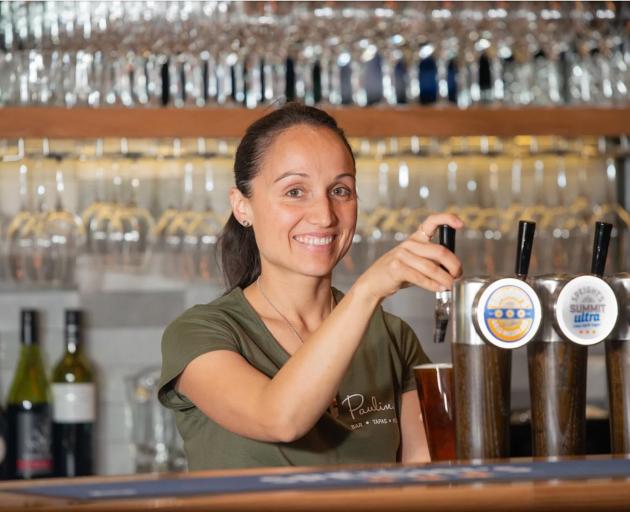 Due to staffing shortages, owners such as Paulina Corvalan have needed to adapt their businesses to stay afloat. PHOTO: PAULINA CORVALAN

People with only two years’ experience were expecting to be paid the same as someone who had 10 years in the industry.

In Wanaka, staffing shortages were felt before summer.

With only two weeks to prepare, Ms Walthew, alongside other Wanaka businesses, recruited seven workers for full seasonal placements and another 29 to take on casual seasonal shifts.

They trained willing workers with various skills to take on key roles in hospitality and retail.

It had provided a quick solution for summer, but Ms Walthew said she was concerned as winter fast approached.

"Businesses are stretched in their cashflows. They can’t afford to financially feed back into another recruitment process.

"What we need is funding to enable us to help support businesses in a way that addresses their needs, right now."

On May 4, Alchemy owner Claire Ellis made the tough decision to close for a week.

The Holiday Act 2003 required Ms Ellis to consult with staff of her Wanaka cafe two weeks before the one-week closedown.

She said there was a light at the end of the tunnel with international tourism opening up, but she worried about customers arriving before potential staff.

In the meantime, she had shifted from "working on the business to working in the business", asking her staff where they needed her most.

Before the one-week closedown, Ms Ellis trained in the kitchen.

Even with owners returning to work in roles within the business, the costs on business owners were significant and accumulating, she said.

External factors were contributing to this economic crunch on small business owners.

Due to supply chain shortages on products such as coffee beans from Brazil, purchasing costs had risen too.

"The problem with a worker shortage is that it has a massive impact on individual businesses but it also threatens growth, which is what we desperately need."

To support businesses in preparing for the return of international visitors, the Government launched its Tourism Kick-start Fund on March 17.

Many retail, hospitality and cleaning firms had not been eligible for the funding, as they did not meet the conditions of having had a 50% loss in revenue.

He said the council had tried to extend the criteria of eligibility, but it had been difficult.

"The Government decides, but the funding also extends across four other districts, so to change it would affect them too."

A December 2021 report on the region’s labour market showed 56% of businesses had experienced difficulties in finding skilled or specialist staff.

The report also revealed 24% of businesses had reduced their hours since September 2021.

As an ongoing resource for businesses Mr Harris referred owners to Business South for additional support.