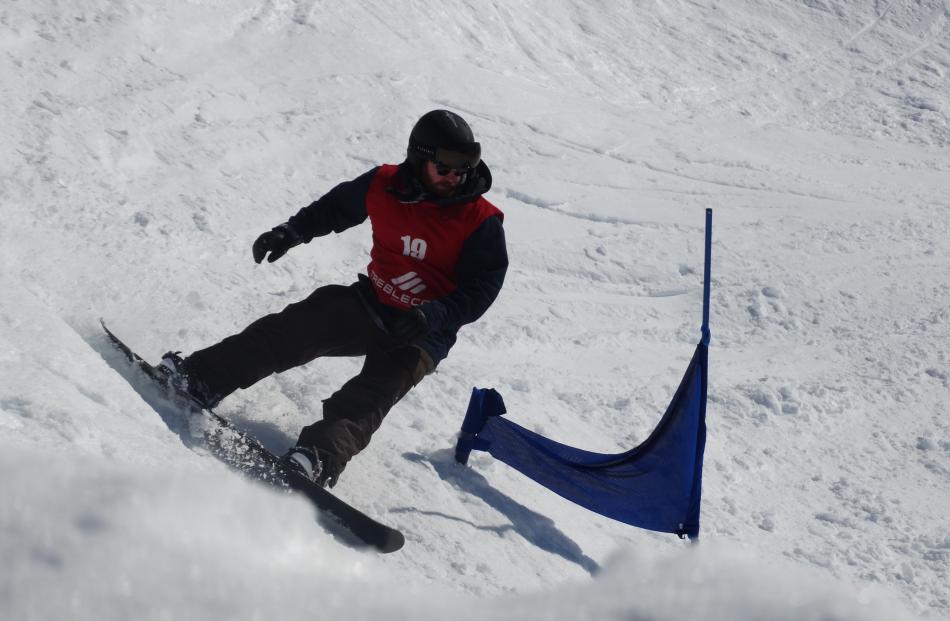 Ross Whitelaw, of Wanaka, swoops round another gate during the banked slalom competition. Photos: Sean Nugent 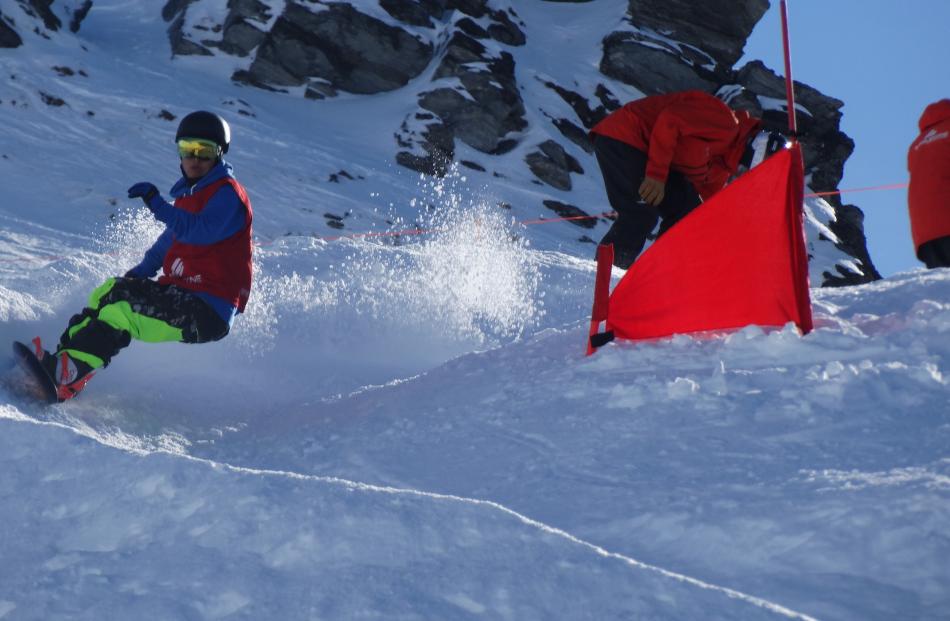 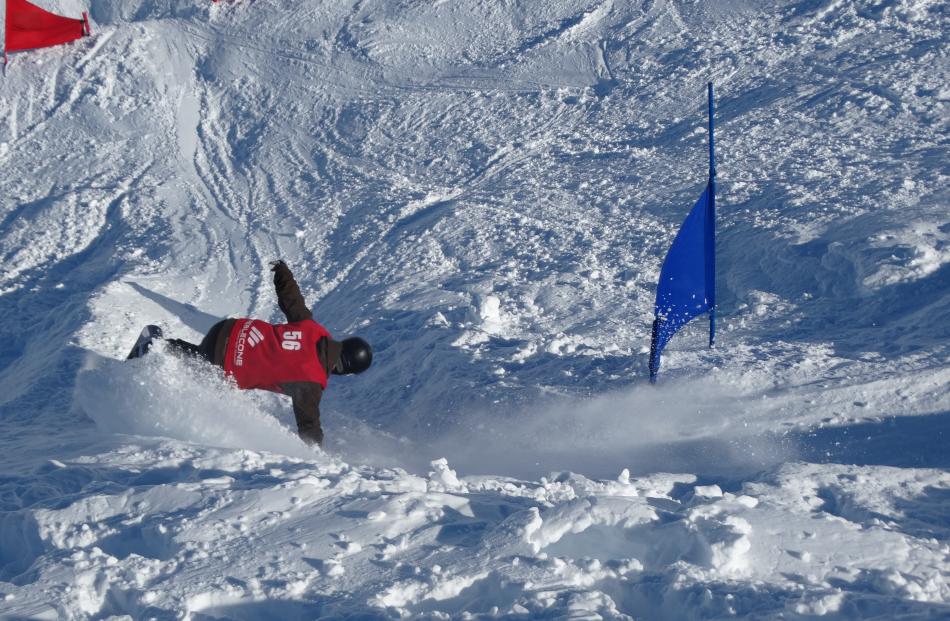 Warmer conditions and soft snow made it difficult for some riders to maintain their balance throughout the course, including Alwin Bakker (pictured). 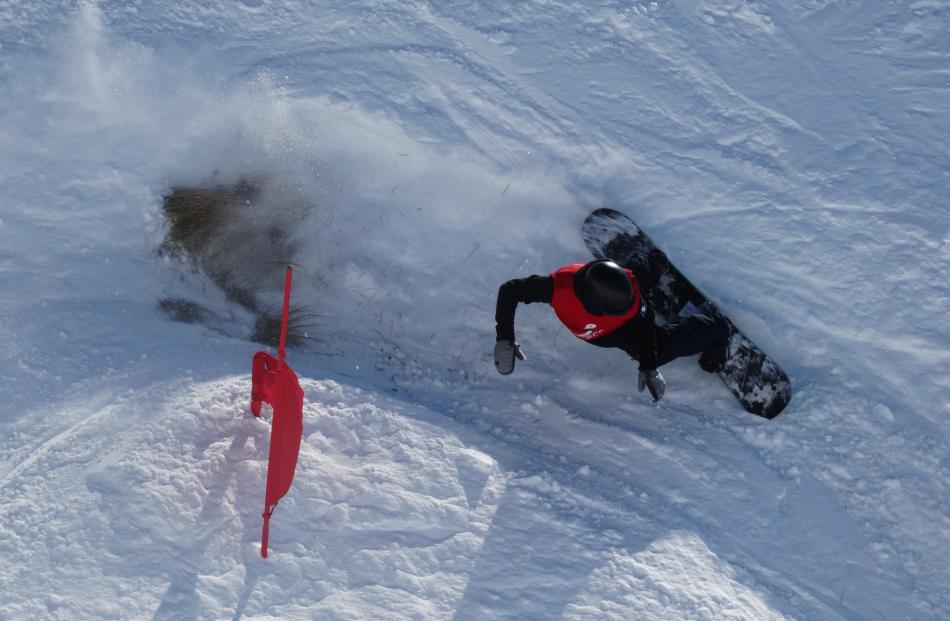 A protruding tussock on the slalom course didn’t affect the performance of Richie Johnston, of Wanaka, who went on to win the men’s masters division.

Conditions were near perfect  for this year’s  Treble Cone banked slalom race on Saturday.

Blue skies and light winds meant the 80-strong field had only to deal with the snow, which quickly softened as the day wore on, leading to some falls.

The course was held on the aptly named ski run Gunbarrel, which features steep banks and a narrow corridor in which to ride, making it difficult for many of the riders.

Cash prizes were awarded to the winners as well as the opportunity to compete in the Mt Baker banked slalom race in the United States next February.