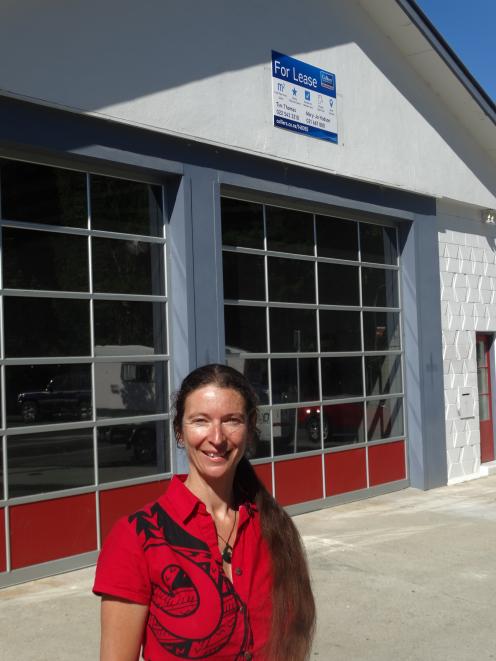 The  company was established in 2015 following the worldwide climate change marches.  Earth Collective founder Florence Micoud said the marches made her question what she could do to help and creating the company was one  way.

"[The business] is about giving access to all the solutions and making them affordable and easy so it becomes a part of what we do."

If they can secure the lease, Ms Micoud and her business partner, Morgan Knoesen, plan to  open a store selling bulk organic foods, LED lightbulbs and recycled toilet paper, among other things.

They also want to offer part of the building as a space for the local Maori community.

"They haven’t had a place to meet, and they’ve been talking about it a lot, so we want to make this space available for them."

However, last week she found out her startup company was required to show a healthy bank account as part of its proposal for the lease.

On Tuesday,  Ms Micoud appealed to the Upper Clutha community for donations to help  her cause, and said she had already reached a third of her  $30,000 target.

While the deadline for the target was yesterday, Ms Micoud hoped to convince landowner Ngai Tahu to wait another week for proof of the company’s funds, and raise the rest of the money during that time.

The building has been vacant since the Wanaka Volunteer Fire Brigade moved to its new headquarters on Ballantyne Rd in August 2016. Now the building is hot property, given its proximity to the town’s centre.

"I think a lot of people had  an eye on it," Ms Micoud said.

The lease was made available for purchase last month.