0 Comments
After two years, guiding businesses are preparing to climb out of hibernation.

With international business returning after the Covid-19 pandemic, Wanaka-based guiding companies are preparing for an unpredictable season.

Owner of Alpinism & Ski Gary Dickson said employers had a massive job ahead.

"It’s going to be a struggle over several years. Some people need to get qualified and certified again," he said.

Mr Dickson said some guides had had to find alternative work to keep food on the table, and was unsure if they would return to the profession.

"Would you leave a regular paying job, because maybe there’s some guiding work when you’ve got a mortgage to pay?"

Mr Dickson said another challenge was knowing how many staff to engage.

With customers cautious to book far in advance, the predictability of work demands had made it difficult to know how many staff to employ, he said. 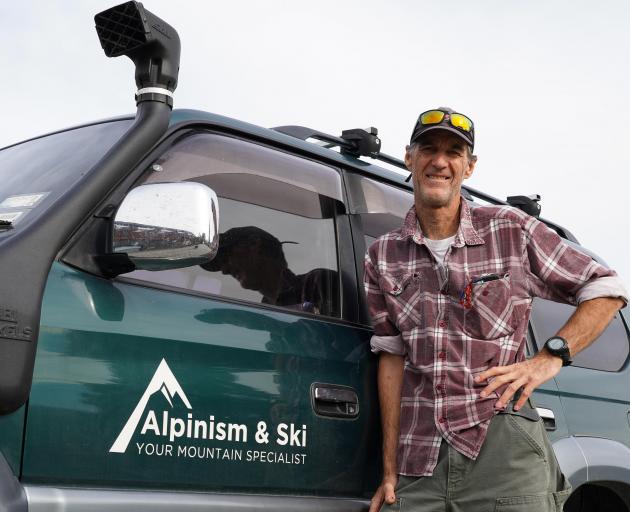 Owner of Alpinism & Ski Gary Dickson is preparing and is positive about the new climb ahead for guiding businesses. PHOTO: AARON ROSS
On April 21, Adventure Consultants announced on social media they were also returning.

They acknowledged the expeditions would look different, having fewer departures than before.

Adventure Consultants general manager Suze Kelly said it had begun the process of rebooking clients for its Himalayan adventures for both local and international clients.

"We will be nimble, but also have limited availability on the adventures we offer, so we can focus on the groups we do support," she said.

To help boost tourism-based companies the Government set up a Kick-start Fund initiative.

The fund is categorised into three business initiatives focused around a support, recovery and reset plan and available to those who experienced a 50% loss in revenue during the past two years.

Applications for the fund opened in April this year.