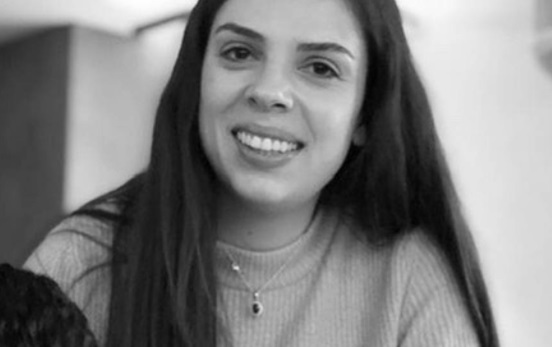 Micheline Nasr has been invited along with her children to apply for a visitor visa to join her husband Anis Haddad. Photo / Supplied
A Lebanese mother and her two young children have been approved to apply for visas by Immigration NZ to be reunited with her husband in NZ following the devastating explosion in Beirut on August 4.

INZ confirmed Micheline Nasr, 37, and her children Adriana, 3, and Olivia, 1, have been invited to apply for a visitor visa to join her husband Anis Haddad in Wanaka after a review was made on their application.

Haddad, 40, says his family are still in a state of shock and are deeply traumatised, and he will be applying to join them in managed isolation when they arrive.

The massive explosion in their home city of Beirut killed more than 200 people and wounded some 6000, and dozens are still missing.

Haddad holds a work visa and has been living and working in Wanaka since March as project director for Wyndham Resorts.

"My wife and two daughters have been stuck in Lebanon and I haven't seen them since February," he said.

"I need my kids and wife, and they need me more than ever, especially with the situation in Lebanon, which is in the middle of a revolution and economic crisis."

"I thank Jesus that my family was at my parent's house at that time, but they are totally shaken and deeply traumatised," he said.

"My girls are unable to sleep, they are terrified and still in shock from the explosion and the blood and damage they saw on the streets."

Haddad said he was thrilled and thankful that they have been cleared to apply for visas to come, but was worried about their state of mind.

He will be applying to join his family in their isolation facility when they arrive.

"My wife is still emotional and suffers from breakdowns, I really don't think she is in the condition to be staying alone with the kids for two weeks after they arrive," Haddad said.

According to information on the managed isolation and quarantine website, people could apply to join someone in managed isolation for reasons that include being with a child, as a support person or for medical reasons. 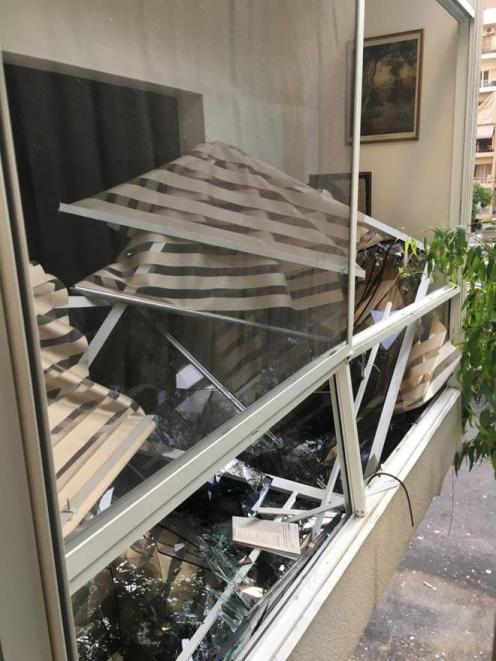 Their family home was destroyed by the Beirut blast. Photo: Supplied
A letter from a health practitioner is a requirement for the application.

Nicola Hogg, general manager border and visa operations said Nasr had first made a request for border exception on July 17 under the "partner of a student or work visa holder" criteria.

She subsequently made a number of requests under the "humanitarian" category.

Hogg said the application was reviewed and approved after she provided further information and the explosion in Beirut.

"Humanitarian reasons are exceptional circumstances of a humanitarian nature that make it strongly desirable for the applicant to travel and enter New Zealand," Hogg said.

She said immigration officers considered whether, despite the strong public interest in protecting the health of New Zealander and supporting Government agencies response to the risks posed by the Covid-19 situation, there were exceptional circumstances of a humanitarian nature that make it strongly desirable for the applicant to come.

"INZ understands the impact Covid-19 and the border restrictions have had on some migrants and their loved ones," Hogg said.

"The border is NZ's best protection in our fight against Covid-19, which is why New Zealand's border remains closed to all but New Zealand citizens and residents. Protecting public health in New Zealand is paramount."

Hogg said all requests for an exception to restrictions were considered against a strict criteria and INZ has no ability to apply discretion.

Relevant factors when considering humanitarian reasons include the applicant's connection to NZ and the place they are currently at, and whether there were alternative options.

Seriously? I totally hate stories like this - we are seeing them way too much over the last 5 to 10 years, Families need to be together why why why, this is a given the family should be together, some of these decision makers need to be removed from their job. Micheline Nasr, Adriana, Olivia, welcome home, I apologise for INZ.