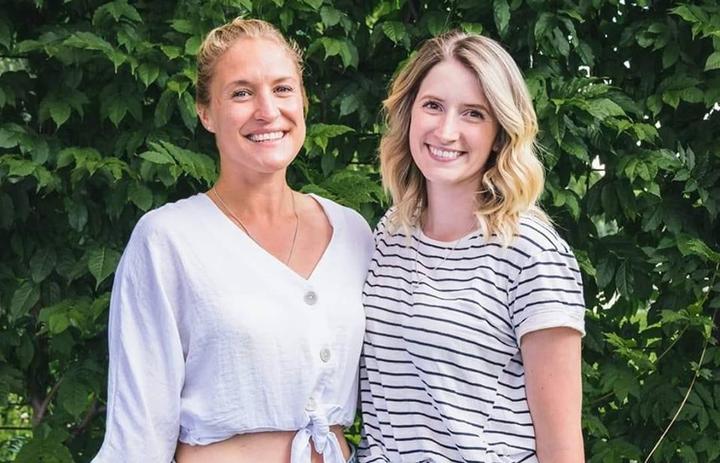 Friends Stephanie Simpson and Rebekah Hanson. Photo: RNZ/Supplied/Rebekah Hanson
A friend of a British woman who died tramping in Mount Aspiring National Park has thanked those who joined the search and spoken about her "courageous" friend's love of New Zealand's mountains and her plans to explore the country.

Late last year Canadian Rebekah Hanson joined the Wanaka landscape firm that Stephanie Simpson had joined about a month before.

Simpson's body was found on Friday, after she was reported missing on Monday. Hanson said she was devastated; Simpson felt like a sister and they were together seven days a week - at work and having fun on their days off.

"She was so vivacious and completely infectious to be around, she made quite a lot of friends here - she could talk to absolutely anybody and just make friends with anyone she met - we'd be out and suddenly be chatting with the people at the other table, and next thing she'd be getting invites to go out and do all these fun things - it was really special to be around her and see the impact she had on other people.

"She was very courageous, strong and hard working - landscape gardening is intense laborious work, but Stephanie made it look easy. And of course she was so adventurous."

Hanson was from Essex, and chose Wanaka because it would be a totally different experience to living in a city, and because of the outdoor opportunities.

"She wanted to explore and take in everything that she could in her time here, she thrived off being outside and enjoying this beautiful country. We sat down just a couple of weeks ago and she said 'we need to make a list of all the things we want to do while we're here'.

"We wanted to go down to the Catlins and learn how to surf, we wanted to explore the Wanaka area more and go to the Cardrona Distillery, and she has family in the North Island she was really looking forward to seeing."

Simpson had worked as a maintenance worker on Australian ski fields for the winter before coming to New Zealand. She was missing her family and her Australian boyfriend, with whom she was planning to spend this winter after leaving Wanaka.

"She would often talk about her nieces and how of her three sisters she was a bit cheeky of the three - and would often get them into trouble while they were growing up. She was looking forward to the next time she would see them, and going to Canada to visit her dad."

And she had been saving to buy a car for driving to hiking trails, so she could explore more.

"The mountains are where she filled up and it fed her spirit, so I really believe just being out here for the last few months, being in Wanaka and having the mountains surrounding you, has lifted her up in so many ways."

"We had a conversation just a little while ago, and she said 'my experience here has been amazing', she said she could breathe out here, and being out in the mountains made her feel small but strong at the same time."

Before heading overseas Simpson was an interior design architect, which she loved. And her desire to make a difference in this world led her to do volunteer work for charities, and to be involved in clubs.

"She made such a mark, it's so clear in the number of messages I've been flooded with from all the people from different places in the world who say they love her and miss her."

Hanson says Simpson's friends and her boyfriend have expressed how grateful they are to all the people who searched for Simpson, and were able to recover her body.

"I don't know how to thank them for all their hours of work, and the effort and going into that tricky terrain. They were trying so hard and cared so much about finding her, and I know it's breaking their hearts as much as ours."

A group of Simpson's friends hope to organise a memorial service for Simpson in Wanaka. 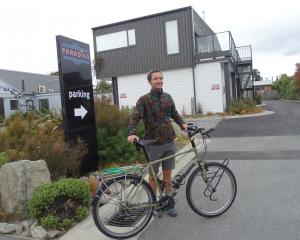 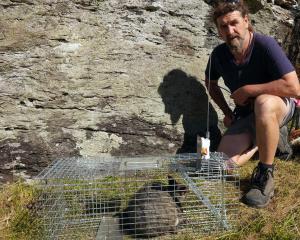