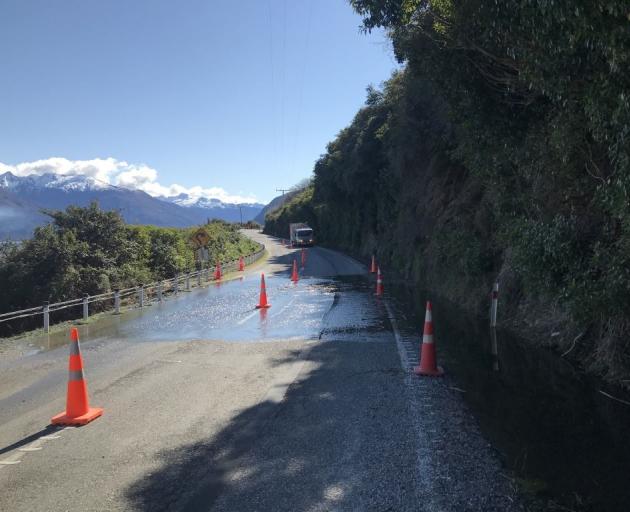 Looking up SH6 towards Makarora – flooding visible over the highway. Photo: NZTA
Several weeks of delays are set to start on a key southern highway as work to minimise flooding is carried out.

The road links Otago to the West Coast via the Haast Pass and no detour route is available. 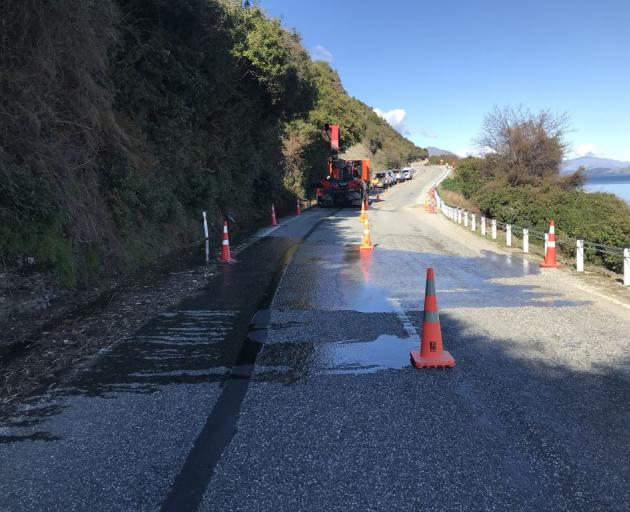 Looking back towards Hāwea. Photo: NZTA
Mr Stewart recognised the impact of the works but stressed it was unavoidable due to the nature of the work and the narrow location near the lake.

“The existing culvert has been compromised due to land movement.  This means it has shifted and broken and is no longer able to provide a straight path for water coming off the surrounding hills and running into Lake Wanaka," he said.

“Previously this was only a concern during heavy rain storms.  However, floodwater now regularly overtops the road.  Replacing this culvert will reduce flooding in the future and make the road more resilient.”

There will also be a full night closure 9pm to 5am the next day, Wednesday 20 and Thursday 21 October. Plans are in place to manage emergency services during these times.

Traffic at all other times will be reduced to a single lane and vehicles will be managed with signals.

Road users are advised of the following:

• Road works will be in place from Sunday October 17  (see specific dates above).

• The road will open once every hour, on the hour, to clear waiting traffic between 8am and 4pm during daytime works.

• The highway will be closed overnight to all traffic, 9pm to 5am the next day, Wednesday 20 and Thursday 21 October.

• Emergency services have been advised and plans are in place to ensure support is available throughout this work.

• The works will be carried out by Aspiring Highways, on behalf of Waka Kotahi/NZ Transport Agency.