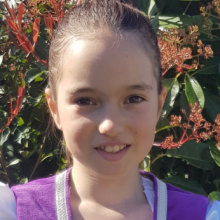 Surf rescue co-ordinator Max Dowell said the conventional lifebuoys found at the river mouth would have been negligible in a situation such as that where nine-year-old Christchurch visitor Emily Branje was swept away while whitebaiting.

Lifebuoys were originally designed to drop over the side from a wharf or ship to quickly reach someone who had fallen in the water and were not really suitable to "throw" given the low probability of actually being able to reach people in difficulty, Mr Dowell said.

It was better to encourage whitebaiters and others fishing at the river mouth or near the surf to wear a modern inflatable lifejacket for the duration of their activity, he said.

"Everyone seems to think the lifebuoys are going save people but those are archaic . . . almost impossible to throw."With an inflatable lifejacket, one pull of the cord by the wearer could inflate the jacket in an instant and immediately improve chances of survival if they were swept out by a rogue wave, Mr Dowell said.

"You can wear them all day and if you go in the water, you pull the cord and away you go. They are probably the answer because people fishing in this area where waves come in behind them and sweep them off the beach, they provide a bit of protection.

"We need to promote the availability of these at a good price for whitebaiters fishing in the mouth of the river - and not just Hokitika but all the way down the Coast."

On the day of the whitebaiting tragedy, the Hokitika Surf Rescue boat did attempt a launch.

"Hokitika Surf Rescue were first down in the sea (but) the sea was too rough to take the boat out, which was proven."

Kotuku Surf Rescue from Greymouth also attempted to help with one of its inflatables but it flipped in the rough surf, tossing out the rescue crew.

Mr Dowell has personally funded for Hokitika Surf Rescue, 15 inflatable lifejackets through a cost-price deal with Burnsco Marine in Christchurch and these would be made available for purchase or $100 each. The sale of each jacket will generate a small profit towards the surf rescue running costs.

"If we can save some life, it's been worth it."

Meanwhile, Mr Dowell said Hokitika Surf Rescue would ideally like to work in conjunction with Emily's family, who had vowed to use money raised through crowdfunding to help buy extra rescue equipment at the Hokitika River mouth to give others a better chance.