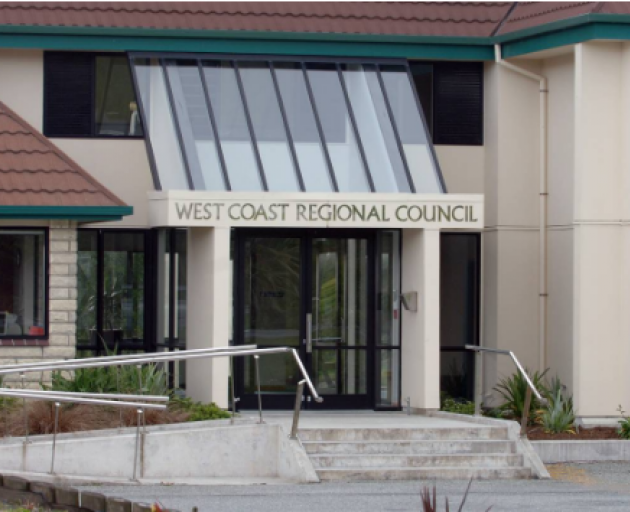 The council's chief executive Vin Smith has been on leave for two weeks, after he was stood down on full pay by the chairman Allan Birchfield.

Cr Birchfield has confirmed he suspended Smith, but for legal reasons could not give details on what he said was "an employment matter."

Smith is just seven months into what is understood to be a five-year contract, after joining the regional council last October.

Apart from the disruption to the council's work, the continued suspension posed a financial risk ultimately to ratepayers, O'Connor said.

"If there are concerns, they need to be addressed but this is an untenable situation and needs to be sorted as soon as possible."

An e-mail obtained by the Greymouth Star shows the chief executive had spoken to the Department of Internal Affairs about his concerns over council delays in finalising the long-term plan, which features a 30 per cent rate rise.

Cr Birchfield has denied bullying but says he did challenge some staff decisions because they defied common sense and created safety risks.

The chairman himself is now facing relegation, with a majority of four councillors backing the bid to remove him at a special meeting on May 31.

Deputy chairman Stuart Challenger, who is leading the impending coup, accused Cr Birchfield of acting "unilaterally and undemocratically" and crossing the line between governance and management.

The West Coast's three mayors, asked today for comment, were all worried by the situation but had differing views on it.

Greymouth Mayor Tania Gibson said she was disappointed at the plan to remove Cr Birchfield as chairman.

"The West Coast mayors and chairs and iwi leaders group has been working very strongly together, and on the new Tai Poutini district plan ... taking Allan out of the mix will be really disruptive."

It was also disappointing to read that Cr Challenger had made it clear the decision was for councillors to make, not the public, Gibson said.

"Public opinion is very strongly against this -- Allan is a great advocate for the farming and mining community and we need that."

Cr Birchfield was also the highest polling candidate in the regional council elections in October 2019.

Westland Mayor Bruce Smith said the concern for him was that Cr Challenger, who is set to replace Cr Birchfield as regional chairman, had been a member of Forest and Bird.

"Forest and Bird has objected to everything to do with production on the Coast ... they've challenged our district and regional plans and cost us an absolute fortune, and we're now going to have that influence on our Tai Poutini plan committee, if they roll Allan."

But Buller Mayor Jamie Cleine said mayors should not be weighing in on the conflict.

"Stuart Challenger is correct -- this is a matter for the regional council to resolve. Their chairman is not elected by the public -- he's chosen by the councillors and he needs to retain their confidence ... if he loses that, he loses the chair."

"It's a mammoth task but the councils and iwi are all working constructively together; we have an independent chair and one change to the committee won't hurt it significantly."